In Saudi Arabia - the country that lives under Sharia law - death penalty is carried out by beheading or crucifixion. Saudi authorities have faced the shortage of executioners and consider an opportunity to replace traditional methods of execution with execution by shooting. This does not improve anything for those residing in the poor south of the country. They can not pay the ransom that replaces death penalty. Those people have to deal with much tougher punishments than the Muslims of Mecca and Medina. 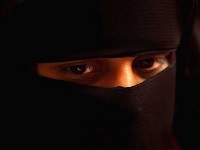 The Kingdom of Saudi Arabia practices public executions for such crimes as rape, murder, apostasy, armed robbery, witchcraft, drug trafficking and drug consumption. The main department of the country that ensures the compliance with Islamic Sharia laws, which is called the Committee for the Promotion of Virtue and the Prevention of Vice does not to consider it necessary for a suspect to have a lawyer. The committee turns a blind eye to the fact that many suspects testify under tortures. One of the people, who was supposed to be crucified on Tuesday, March 12th, used a cell phone from a prison in Abha Province to cry for help.

Nasser Al-Qahtani told The Associated Press that he was arrested for stealing a ring from a jewelry store in 2004. The man said that he was tortured and was not provided with a lawyer.  "I did not kill anyone. I did not have a weapon while robbing the store, but the police tortured, beat me and threatened to attack my mother. They did all that to make me say that I had a gun, but I didn't have it, I was 15 years old at that time," said Qahtani.

In 2009, a Sharia court sentenced him and seven other people, allegedly members of the criminal group that was robbing jewelry stores, to death.

Three men of this group were sentenced to death by shooting, according to Saudi newspaper Okaz. This "new" form of Sharia punishment may soon displace beheading, crucifixion, quartering, stoning or burying a person alive. The authorities recognized that traditional executions were quite expensive "events" as they are performed in public and require high security costs. In addition, there is a serious shortage of skilled butchers. One of them - the "leading" Saudi executioner Muhammad Saad Beshi, said in an interview with the Saudi newspaper Arab News in 2003, that he was decapitating more than ten people a day. He always keeps his sword sharp and even lets his children clean it. "It surprises people how quickly I can separate the head from the body," the newspaper quoted Beshi.

Sharia law leaves a loophole for death convicts, if they have money. The an-eye-for-an-eye principle of the Islamic law allows to replace death penalty with Diyya - the ransom that is paid by the criminal's family, if the convict's family agrees to that. Diyya may amount to millions of dollars. For Nasser Al-Qahtani it was definitely not an option. The man comes from the south of the country, where people are seen as second class citizens and face systematic discrimination, including the application of Sharia law.

Ali al-Ahmed, the director of the Washington Institute for Gulf Affairs, wrote in a statement to the UN High Commissioner for Human Rights that one of the reasons for the death penalty in the jewelry case was the territorial identity of the convicts. Southern provinces are "largely marginalized by Saudi monarchy, and its residents are treated as lower class citizens," he wrote. Such a state of affairs exists because the south of Saudi Arabia is the home to the followers of the "lost sect" that maintains close contacts with its Yemeni "associates."

In January 2012, the United Nations Organization for Human Rights expressed concerns about the increasing number of executions in Saudi Arabia. In 2010, 26 people were executed for various crimes. In 2011, there were 76 executions. There were at least three women and eleven foreigners among those sentenced. This is unofficial information. Human Rights Watch (HRW) gives the figure of 69 deaths, while Amnesty International - 79, including five women. The West relentlessly criticizes Iran for death penalty used against women and says nothing about the same practice in Saudi Arabia.

In 2011, the execution of a 54-year old Indonesian woman, a maid, received an extensive media coverage. She confessed to the murder of her employer. The woman stabbed him after the man raped her. In January 2013, a young nurse from Sri Lanka was publicly executed for the murder of a child of her employers committed in 2007, when she was just 17. Human rights groups say that as many as 45 Indonesian women expect their death, mostly on false charges of theft and sorcery, whereas victims of sexual violence are executed for charges of adultery and fornication.

Saudi Arabia is one of the most cruel and repressive countries in the world, but it enjoys the patronage of the U.S. as an unconditional ally in the region. As long as all major media resources are in the hands of the State Department, the world does not know anything about how the Wahhabis abuse and torture local people. This practice of double standards demonstrates the immorality of military and political support of the West to such regimes as the Saudi one.