Latin America stands up against US espionage

U.S. Secretary of State John Kerry faced a rather cold reception in Brazil and Colombia where he traveled for his first state visit to Latin America. He justified the spying activity for the governments of these countries by the existence of a terrorist threat. However, no one wants to be held hostage to the security of the United States of America. 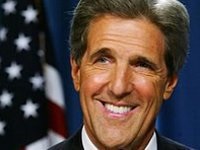 The Brazilian newspaper O Globo published data provided by Edward Snowden that the National Security Agency (NSA) used Prism and Boundless Informant programs to virtually spy in all Latin American countries, paying particular attention to Mexico, Brazil and Colombia. Argentina, Ecuador, Panama, Costa Rica, Nicaragua, Honduras, Paraguay, Chile, Peru and El Salvador also fell under the surveillance. The wiretapped data had to do not only with military aspects, but also trade secrets, especially with regard to oil reserves and energy security.

The U.S. intelligence services acquired access to email, online conversations and voice calls of customers of companies like Facebook, Google, Youtube and Microsoft, O Globo reported. There are claims that Microsoft allegedly collaborated with the NSA on decoding the information in e-mails and chat rooms of its users. The information on the Venezuelan military procurement and movement and actions of the Revolutionary Armed Forces of Colombia (FARC) was carefully tracked.

When this information was published, the governments of nearly all countries of Latin America demanded an explanation from Washington on the legality of the activities of the U.S. intelligence. The visit of Secretary of State Kerri this week to Colombia and Brazil caused indignation. Enraged Brazilian lawmakers have demanded that the visit of President Dilma Rousseff to the U.S. scheduled for October be cancelled, while Dilma removed from the agenda of the visit the issue of the purchase of 36 U.S. F-18 fighter jets in the amount of over $4 billion.

The Brazilians escalated their protest to the international level. On Monday, the Minister of External Relations of Brazil Antonio Patriota said during a discussion with the UN Security Council that espionage contradicted the sovereignty of the countries and was a violation of human rights, particularly the right to privacy of information. He reminded that the foreign ministers of Mercosur handed to UN Secretary General Ban Ki-moon a petition defining their stance on the issue.

Brazil also said it was willing to provide political asylum to an American journalist Glenn Greenwald, a columnist for the newspaper Guardian who maintained contact with Edward Snowden. The proposal came after Greenwald gave testimony to the U.S. Senate Committee on Foreign Relations, exposing U.S. spying activities.

Prior to his visit to Brazil, Kerry visited Colombia, a U.S. ally in the region. But even here he was given a cold shoulder. President Juan Manuel Santos said he would like to get an explanation from Washington as to whether the information gathered by the U.S. intelligence was beyond the joint actions of the two countries to combat drug trafficking and the illegal armed formations. Santos said in an interview with The Associated Press that U.S. Vice President Joe Biden called him and offered some technical explanations.

As for Mexico that Kerry did not get to visit, the President Peña Nieto limited his statements to saying that wiretapping was unacceptable, but added that currently there were no conditions that could change the climate of mutual respect between the U.S. and Mexico. His position is understandable. According to Mexican newspaper Excelsior, in 2007, under President Felipe Calderon, under "Merida" plan (technical and financial assistance from the U.S. in the fight against drug cartels) a system for intercepting communications that enabled receipt, processing, analysis and storage of phone calls, as well as monitoring of Internet services, e-mail and voice messages was established in Mexico. It is no secret that the CIA, DEA, FBI and other agencies are secretly working in Mexico. There are no complaints against them, possibly because Mexico is part of the Echelon system that keeps under control 90 percent of the world communications. The system has at least 120 fixed stations and geostationary satellites and is able to intercept at least 3 billion phone calls, etc.

Speaking in Bogota, Colombia, Kerry called on governments to calmly support Washington's efforts to resolve the conflict and reassured the allies that the U.S. will operate in full compliance with the laws and privacy regulations. He justified the existence of the espionage system by a terrorist threat. He stated that everyone knew what a dangerous world we lived in, and we were inevitably getting involved in a very complex process to prevent terrorist acts.

However, many analysts believe that the true goal of the total global surveillance is political intelligence whose goal is to exert further diplomatic and economic pressure. This is the opinion of Echelon researcher, New Zealand writer and investigative journalist Nicky Hager. He said that it was believed that the U.S. intelligence worked against terrorism and provided a peaceful existence for its citizens. In fact, the U.S. intelligence is actually spying on economic transactions and international organizations, politicians, including European ones and their preferences, security agencies, and NGOs. He added that the goal of this surveillance was to obtain a greater political power.

We can make the following conclusion from the story with Snowden's revelations: we live in a free world where there is freedom to spy on everyone day and night, 365 days a year to ensure the security of the United States. Secretary of State Kerry stated that every country in the world took multiple measures to ensure their safety, and that this was not unusual. It is not punishable either.