At the first real chance that Russia could provide asylum to Edward Snowden, a former contract employee of U.S. intelligence, the United States stepped up pressure on Russia, demanding to clarify Snowden's status. Pravda.Ru asked Yuri Ursov, the former head of the press service of the Russian Security Council, to comment on the events. 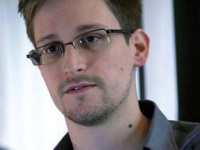 "I looked at the top ten pieces of news in the American version of Google. It has it all: a mention of the death of the king of heroin in Myanmar, the murder of a journalist in Dagestan, a plane crash in Alaska, kidnapping in the state of Ohio. There was not a word about Edward Snowden - a former employee of the American CIA, who is now in the transit area of Moscow Sheremetyevo airport. It can be assumed that the media dependent on the U.S. government have been instructed not to raise this issue in order not to attract attention to the flagrant violations of the constitution and a number of international treaties by the U.S. government.

Russian liberal media do cover this topic. They have a very peculiar angle. For example, "Echo of Moscow" radio started a discussion with the audience whether Snowden was a traitor. This is an acute subject, and of course, according to the radio "Echo of Moscow" the fact that Snowden is a traitor is predetermined. But why is he a traitor? Did his actions affect the defense of the United States? No, they did not.

Did his actions hurt people? Was someone imprisoned or executed? No! So what's Snowden's betrayal? In fact, he told the world that the United States conducted surveillance, listening to people who work on the internet, who talk on the phone. This means that he disclosed that the U.S. was breaking one of the fundamental rights of democracy - a right to privacy.

Echo of Moscow radio station in their broadcasts accuses the authorities of the Soviet Union and Russia, from Stalin to Putin, of conducting surveillance. When the surveillance is conducted by the U.S. intelligence agencies, they lead the conversation astray, replacing real news with minor discussions. They promote a predetermined outcome, echoing the American interpretation that Snowden is a traitor.

This image is being injected into the mass consciousness. Kommersant published information that United States President Obama refuses to come to Moscow for a meeting of "G8" if Snowden is not extradited to the United States of America. They were involved in such a vigorous debate that U.S. Ambassador McFaul had to make a rebuttal, saying that, of course, President Obama will attend the summit.

This is indicative of the trend the liberal media adheres to. It seems that someone in the American General Staff gave a command to distort the topic, replacing the basic content with secondary details, namely, that the United States not only violated their own laws, but also the laws of the international community.

This is confirmed by the statements of famous Senators McCain and Schumer. In short, the meaning and pathos of their statements boils down to blaming President Putin for causing harm to the United States everywhere, from Sheremetyevo to Iran and Syria. President Putin is to blame for the fact that the United States violated the international law and the laws of its country. This is not even a double logic, it is a complete lack of logic, though, as they say, if the logic is missing, it is all about power.

Obviously, this is the basic principle of the current policy of the United States in the situation with Snowden. It was not easy for Snowden, the young man found the strength to challenge the most powerful country in the world, and he is afraid of death as he has information that he could be killed. This seems to be true.

What can you say to those who believe that the actions of Snowden are betrayal? Betrayal is when a person takes actions that cause harm to their country, violates the oath, the duty, when their actions lead to significant financial losses. What did Snowden do? Snowden said that the U.S. government, the CIA, violated their own laws, in particular, the 4th and 5th amendment to the Constitution of the United States by organizing surveillance of members of the online community, organizing wiretapping, and recording telephone conversations. Can we call information of the impending or committed crime a betrayal? I am not convinced that this is a betrayal.

Can telling the world about the crimes of the United States or Nazi Germany be considered treason? Snowden acted out of two legitimate reasons. First, observing the Universal Declaration of Human Rights of 1947, which prohibits interference with private life, and second, following the U.S. legislation that threatens prosecution to citizens who do not report a deliberation of a crime or a committed crime. Snowden reported the crime, and called the authorities and intelligence services criminals. The accused, of course, immediately blamed him for a violation of the oath and espionage.

Snowden is a contractor, he did not give any oath. If you believe that he is a spy, call the country he was working for. His truth is so obvious that the United States cannot deny it. This is not about the personal fate of Snowden; the United States is making vain efforts as the process initiated by him cannot be stopped. The loss of confidence in the European Union, the freezing of long-term geopolitical plans to create two trade zones in the Atlantic and the Pacific in order to limit the growing power and influence of BRICS and China, in particular, these processes are independent of Snowden's political asylum.

But the American state war machine is vindictive and unable to compromise, its trend - to destroy at any cost and regardless of the laws - is very difficult to redirect in a more constructive direction. Of course, the situation is quite extraordinary, unprecedented. It has never happened in the history of the world that an intelligence officer lived in a transit area. The last thing unveiled by the keeper of secrets is also sensational. This is information that the U.S. and Israel have launched a cyber-worm, a super weapon that destroyed Iran's nuclear reactors. Hence, there is a war of a new type, a cyber-war without gunfire, but comparable to the blows of precision-guided weapons in terms of its effect.

The situation with Snowden is also a test for the Russian government, whether it is independent in making policy decisions. President Putin is passing this test with dignity. Despite an intense pressure of pro-American groups in the country, let's call it a Chubais-Friedman unit, as evidenced by his reservation that Russia would provide asylum if Snowden stops actions harmful for the United States. But everyone understands that this is camouflage, the President holds his own and it is good to see."