The Parliamentary Assembly of the Council of Europe passed a resolution September 29 about the armed conflict between Russia and Georgia. As it was expected, European official criticized Moscow for achieving little progress in correcting the consequences of the war. 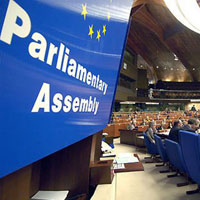 Luke van den Brande of Belgium and Matias Iorsh of Hungary said that Tbilisi had executed nearly all of PACE’s requirements, whereas Moscow had not had anything done.

As a result, the Russian administration was asked to meet PACE’s requirements and allow its observers to Abkhazia and South Ossetia. The tone of the whole report clearly showed that the European deputies strongly disrespected the independence of the two Caucasian nations.

Both Abkhazia and South Ossetia are not a part of Russia’s territory. They are two independent states. How can Russia send any observers there?

Leonid Slutsky of the Committee for International Affairs of the Russian Parliament (the State Duma) said that PACE’s requirements were incorrect.

“Russia does not mind the presence of international observers in Abkhazia and South Ossetia. But they are two independent states, and these issues must be coordinated with the authorities of the two nations,” the Russian official said.

Konstantin Kosachev, the head of the Russian delegation, said at the PACE that Russia would continue supporting and defending South Ossetia.

“The report is again about Russia only. There is nothing about Georgia there, although she did the things that Cyprus, Serbia, Azerbaijan and Moldova did not dare to do in the 21st century. Georgia tried to retrieve the territorial integrity with the use of military force, contrary to the will of the people living in the area,” the Russian official said.

One should not overestimate the anti-Russian significance of the resolution. Even though Georgia was trying to deprive Russia of the voting right at PACE, the efforts returned no result. Only 40 of 128 deputies (presumably from Poland and the Baltic States) supported the initiative during the voting. The majority of delegates – 88 deputies representing such countries as Germany, Italy, France and others – voted against it.