Georgia will not become NATO member, no matter how it tries to

The meeting of NATO-Russia Council begins its meeting in Brussels today to discuss the issue of NATO’s relations with Russia. The subject became even more important that the current state of affairs in Afghanistan. More importantly, NATO officials are expected to release a statement on Georgia (a republic of the former Soviet Union, which launched an aggression against the unrecognized republic of South Ossetia in August 2008). 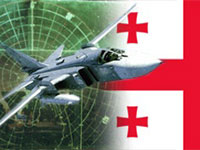 Georgia will not become NATO member, no matter how it tries to

Georgia’s Foreign Minister Grigol Vashadze stated that Tbilisi was expecting important statements on Georgia from NATO. “Russia will have to answer to painful questions about Georgia from the international community,” independent sources quoted the minister as saying.

The minister referred to a recent statement from Daniel Fried, the assistant secretary of state for European affairs, who said that the relations between the West and Georgia would not be sacrificed to warmer relations with Russia.

The activity of the Russia-NATO Council was suspended after the war in South Ossetia. A lot has changed since then. A new president has been elected in the United States; an economic crisis has gripped the world. However, the confrontation between Russia and Georgia remains.

Tbilisi is certain that it may become a NATO member very soon. That is why, Grigol Vashadze arrived in Brussels with his suggestions. “We will explain our views on how the relations between NATO and Georgia must develop. If you think a little you will understand why the meeting takes place on March 5. It probably goes about the expiry of the ultimatum from Saakashvili’s opposition, which demanded early presidential election be held in Georgia. Does it mean that NATO shows its support to Saakashvili?

Russia does not conceal its concerns of Georgia’ convergence with the alliance, even after the Action Membership Plan was denied to Georgia. The USA signed the Strategic Cooperation Charter with Georgia during Bush’s last days in the office and said that Georgia could become a NATO member without the Action Plan.

However, even Georgia’s followers prefer not to see the country as a NATO member. Poland’s Defense Minister Radoslaw Sikorski stated that NATO did not have a goal of its further expansion, whereas Ukraine’s and Georgia’s membership in the alliance was a matter of distant future, since the alliance was exhausted with its own expansion.

Military expert Giya Melitauri told Pravda.ru that Georgia’s incorporation in the alliance was not going to take place any time soon. “Saakashvili is not an adequate partner for the West,” the expert said.

Georgia does not meet NATO’s political and defense requirements. It will take Georgia up to ten years to receive the Action Membership Plan even if the Georgian government changes.

Therefore, the meeting in Brussels is just a regular meeting which is not going to bring anything special to Georgia.