Files comprising the famous Blue Folder have been declassified a while ago. The prominent Soviet cosmonaut Pavel Popovich got the folder from the KGB in 1991. These days Mr. Popovich holds the position of honorary president of the Academy of Informational and Applied Ufology. The folder contains numerous descriptions of UFO flights and reports on some (mostly failed) attempts taken by the military in order to catch the aliens.

Aliens acknowledged back in 1968 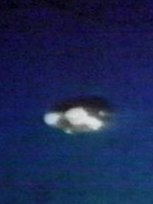 In 1968, 13 leading aircraft designers and engineers of a brand-new aircraft section of the Soviet Committee on Space Technology and Exploration forwarded a letter to the Soviet Prime Minister Alexei Kosygin. Actually, it was a request to set up a special organization for the study of UFOs. A reply to the letter was signed by Academician Shchukin. It is an amazing document per se:

“A number of competent organizations of the Presidium of the USSR Academy of Sciences in cooperation with the Chief Directorate of Meteorological Service, Defense Ministry and a few other agencies considered the issue of nature of the so-called flying objects. The organizations involved in the study of the atmosphere and space have been instructed to register and do research on any cases of UFOs for identification purposes. The USSR Academy of Sciences is charged with general monitoring of the phenomena, and therefore a special organization for the study of UFOs is not required.”

“It was a real breakthrough,” says Vladimir Azhazha, president of the above academy and keeper of the Blue Folder. “The authorities not only acknowledged the existence of UFOs for the first time, they also showed their great interest in the issue,” adds he.

“We got hold of the Blue Folder only in 1991,” says Mr. Azhazha. “Pavel Popovich was given the folder after requesting reports on the cases of UFOs. I received the folder from Popovich, it was a 124-page compilation of reports about the encounters with UFOs. The reports filed by authorities, military units COs and eyewitnesses. It took us a long time to get rid of some doubts before making the folder public,” says he.

Mr. Popovich saw an UFO only once while flying in a passenger plane from Washington to Moscow. According to him, the object looked like a shining triangle that popped up out of nowhere, for awhile it flew near the plane at about 1,000 km per hour before vanishing without a trace.

Despite the cover letter that effectively denied any special program by the KGB for monitoring the UFO activities, the contents of the folder indicated the opposite. It is quite obvious that the Soviet secret police launched thoughtful investigations in several cases e.g. an anomaly observed near the village of Burkhala of the Magadan region on October 21, 1989. The report on the incident says: “The eyewitnesses claim to have watched a red shining sphere circulating above the village for half an hour.” The northern lights are reported to have shoneextremelybrightlyallnight long following the incident.

The flying disks vanished in thin air after the explosion

KGB agents looked high and low trying to figure out what happened at the airport of the city of Mineralnye Vody on December 15, 1987. According to the airport dispatchers, at 23.15 the flight No 65798 reported an incoming “object resembling an aircraft with its headlights on.” The radars showed no aircraft whatsoever. Three minutes later the UFO was gone as reported by the flight No 65789.

The crew of another plane also observed the UFO flying in that area. The clock read approximately 23.20. According to crewmembers, the UFO left a fiery trail in 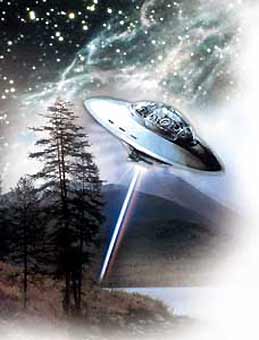 the air. The crews of the both planes reported that the UFO had disappeared after the flash resembling an explosion. A villager reported a burning plane flying over his village at 23.30. The eyewitness said the plane then disappeared. The eyewitness found no wreckage or other evidence of a plane crash.

No manholes found in the “Martian” spacecraft

From time to time the military made attempts to deal with UFOs independently. In August 1987, servicemen of an antiaircraft unit based on the Tiksi Peninsula tried to “get to know better” an unidentified flying object that appeared on a radar screen. The report from Colonel Lobanov, a duty officer of the military unit No 45038, said: “An unidentified target detected by the radar station of the commandant’s office of the antiaircraft unit at 05.45 Moscow time.” The target moved at a speed varying from 0 to 400 km per hour. At 06.55 a helicopter MI-8 took off for a closer examination of the object. Suddenly, the object became invisible. Another aircraft, the AN-12 was flying in the vicinity at the time. At 3600 m the crew reported an emerald cloud with a few traces of purple and dark spots visible in the middle. Two inverse trails were reported behind the cloud.

An incident occurred in the Leningrad Military Region in early August of 1987. Five officers were dispatched to the northern part of Karelia to accompany an object of unknown origin that had been located near the city of Vyborg. The object was said to be 14 m long, 4 meters wide and 2.5 m high. The military failed to open the “extraterrestrial can.” Eventually, the object disappeared from the hangar late September.

On July 28, 1989, the arrival of an UFO spread panic among the personnel of a military unit stationed in the vicinity of Kapustin Yar, in the Astrakhan region. Corporal Valery Voloshin was on duty in the communications center at the time. He filed the first report on the case.

Researchers believe the Blue Folder is an invaluable source of information. According to Mr. Azhazha, all reports and evidence on record indicate that intelligent life forms control the objects that mean no harm to human beings. At least no case of an attack by UFO against man was found in the folder.