KGB, or the State Security Committee, was established in the USSR a year after Stalin's death

Today, on December 20, Russia celebrates 87 years since the establishment of national security agencies. Eighty-seven years ago (7) 20 December 1917, the Council of People's Commissaries ordered to establish the All-Russian Emergency Commission. The new department was organized to struggle against counter-revolutionist forces and sabotage in the Soviet Russia. Notorious Soviet revolutionary Felix Dzerjinsky became the first chairman of the new security service. 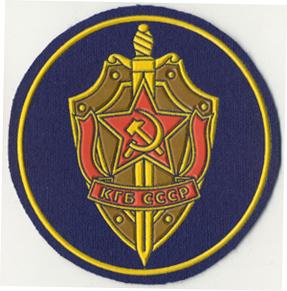 The State Security Committee was established a year after Joseph Stalin's death, on 13 March 1954. The committee, known for the Russian initials as KGB (Komitet Gosudarstvennoi Bezopasnosti), became the most outstanding governmental agency of the USSR. KGB's history ended on April 3 1995, when Russian President Boris Yeltsin signed the law “About the Federal Security Service of the Russian Federation.” The signing of the new law renamed KGB to FSB – the Federal Security Bureau.

”Renaming the KGB was an absolutely outrageous idea. It ruined an internationally-known brand name. Not every foreigner knows what FSB stands for. Some of them mix up FSB with FSD. FSD means “female sexual dysfunction” – the disease invented by pharmaceutical companies to launch the production of Viagra for women,” Russian author Viktor Pelevin wrote in one of his books.

The day to celebrate the work of Russian security agencies originally appeared on the calendar in 1995. The holiday was officially introduced according to the decree of the first Russian President, Boris Yeltsin. Nowadays, December 20 is considered the professional holiday for those working at the Federal Security Bureau (FSB), Foreign Intelligence Service, Federal Custodial Service and the Central Directorate for Special Programs of the Russian Federation President. All of these special services used to be united under the name of the State Security Committee of the USSR, or KGB.

President Putin, who used to work in Russian special services himself, congratulated all security officers on their professional holiday yesterday. Putin said that the people working at Russian security services defend not only Russia's national interests, but fundamental grounds of the Russian state structure. “You are fulfilling the goal, which is highly important for the whole civilized world. It goes about the struggle against international terrorism. Russian special services play a very important role at this point,” Putin said.

The whole world has been taking immense efforts recently within the scope of security issues. A draft law was introduced to the US Congress about the destruction of terrorists. The law allows to eliminate the leaders of foreign countries and well-known criminals. US special services tried to eliminate Libyan President Muammar Gadhafi and Cuban leader Fidel Castro. Serbian President Slobodan Milosevic and Iraqi leader Saddam Hussein have been deprived of their powers because of the US-led military campaigns.

On the other hand, Western media outlets continue to attack both Russian special services and the government for the ongoing anti-terrorist operation in Chechnya. Many respectable Western journalists write that Putin has gone too far with the elimination of “Chechen rebels,” although there is only one proper word to describe those criminals – 'terrorists,' not 'rebels.'

Western reporters feel free to dwell upon the subject of the Ukrainian president's poisoning. A special expertise showed the presence of poison in Viktor Yushchenko's body. Then they launched a story about KGB agents or their successors, who supposedly have an extensive experience in such “toxic affairs.” One has to admit that there was a toxicological laboratory established in USSR's secret services in 1921. On the other hand, let us recollect CIA's numerous attempts to poison Fidel Castro. US agents even wanted to make Castro lose his beard with the help of a special chemical. The hair-losing substance was added in the shoe polish, which was supposed to be applied on Castro's boots. Apparently, the Cuban leader was polishing his shoes himself and did not have an American habit of keeping a shoe-polishing servant.

Brushing all those disputes and mutual attacks aside, one may only congratulate Russian special agents on their professional holiday. In Russia, people refer to them as “invisible front warriors.” Those warriors risked their lives saving hostages from the Moscow music theater and the school in Beslan.