Madonna launches global premiere of her new single, Hung Up

The new song is said to bring millions of profit to the Swedish music sensation of the past, ABBA

After the critical and commercial disappointment of 2003's American Life, which became Madonna's her lowest-selling record to date, the pop star is heading back to the dance floor. “Hung Up” is the first single from her upcoming album Confessions on a Dance Floor. 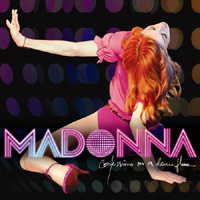 The new track will premiere simultaneously on national radio stations across the world today, October 17, and is expected to shoot to number one across the globe. Swedish pop sensations ABBA will earn millions in royalties from Madonna's new single Hung Up, because it heavily samples their 1979 hit Gimmie, Gimmie, Gimmie. In 1979, while Madonna was only a lost-in-New-York individual, ABBA were the world's biggest band. Now Madonna is set to give ABBA what is likely to be the biggest-selling record of their career.

Songwriters Benny Anderson and Bjorn Ulvaeus only gave permission for their material to be used because they are both avid Madonna fans. The pair agreed to let Madonna use their most famous disco hit after striking a lucrative copyright agreement that observers say will give them a significant share of royalties from airplay.

Anderson says, "Gimmie, Gimmie, Gimmie is the essence of the new song and we have agreed to split the copyright with Madonna and her co-writer. We get so many requests from people wanting to use our tracks but we normally say no. We said yes this time because we admire Madonna so much and always have done. She has got guts and has been around for around 21 years. That's not bad going."

Only The Fugees were granted the honour when they used a sample from "The Name Of The Game" in their 1996 track "Rumble in the Jungle". Madonna, who has enjoyed 54 British top 10 hits including 10 number ones, has sold more singles in this country than ABBA.

Warner Brothers describe the forthcoming new album from Madonna as a record of “mesmerizing sound that evokes and embellishes all the excitement, energy and innovation that first set her apart as a dance music pioneer over two decades ago.”

While Madonna's recent music has explored her thoughts and feelings on everything from spirituality to politics, 'Confessions On A Dance Floor' is, in the artist's own words, 'about having a good time straight through and non-stop. I want people to jump out of their seats.'

A genuine global superstar, packing stadiums worldwide with her astonishing stage spectacles, Madonna, a multi-Grammy winner, has made music history with international sales of over 200 million albums.

'Confessions On A Dance Floor' selections include the above-mentioned 'Hung Up,' which includes a sample of Abba's classic 'Gimme Gimme,' as well as dance-themed cuts 'Get Together,' 'Sorry,' 'Future Lovers,' 'I Love New York,' 'Let It Will Be,' 'Forbidden Love,' 'Jump,' 'How High,' 'Isaac,' 'Push' and 'Like It Or Not.' The entire CD is seamlessly segued in a classic dance club format.

You can discuss this article in Pravda.Ru FORUM