Formidable mysteries of 2017 unlikely to be unraveled in 2018

1. On October 19, a large cigar-shaped asteroid entered the solar system. The heavenly body had every chance to become the rock of the "Judgment Day." The space wanderer was dubbed  Oumuamua, which means "messenger" in Tahitian. 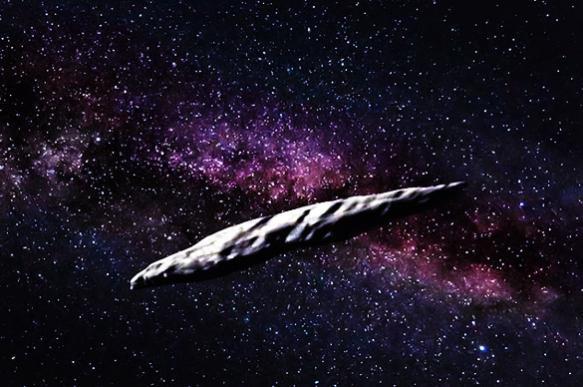 The asteroid is 40 meters in diameter and about 400 meters long. The heavenly body revolves around one of its axes. The space rock has a deep red color, which, according to astronomers, is associated with billions of years of irradiation from the light of stars and the presence of a large amount of iron in its composition.

Interestingly, NASA unexpectedly changed parameters of the orbiting telescope, with the help of which scientists could keep an eye on the "messenger." Now it is impossible to observe the heavenly body.

At the same time, it transpired that the Vatican periodically observes both Oumuamua asteroid and the entire star sphere with the help of LUCIFER telescope located on Mount Graham in Arizona. One of the prophecies in Catholic Christianity says that a large rock from space will crash into our planet at the time when mankind descends into the abyss of sin.

Patriarch of All Russia Kirill unexpectedly announced that "one must be blind not to see the approach of terrible moments of history, about which apostle and evangelist John the Theologian spoke in his revelation."

The troubled European authorities did not provide any explanation to EU citizens. A representative of the IAEA authoritatively reported in late November that the concentration of ruthenium did not exceed the limit.

The Western press immediately explained the phenomenon with "Russian nuclear tests in the Southern Urals." Russia's profile authorities urgently reacted by making a statement about the absence of radioactive contamination in the Orenburg region.

3. Throughout 2017, many people living on different continents could hear a low, howling camerton-like sound coming from under the ground. The mysterious and formidable phenomenon was registered on a vast territory - from Alabama to Australia, but there was no reasonable explanation provided.

The authorities of the State of Colorado tried to explain the phenomenon with problems in an empty underground oil storage facility, although this theory does not explain the phenomenon in other countries. Experts believe that the sound could originate from deep-seated shifts of lithospheric plates floating in the ocean of magma.

4. It turns out that the pyramid of Cheops, which, as it seems, has been studied throughout the length and breadth of it, has another underground cavity about 30 meters long. It is possible that the recently discovered tunnel was a way to unexplored dungeons.