The interdepartmental commission completed the investigation into the discovery of radioactive substance ruthenium-106 in the atmosphere and concluded that there were no emissions of the substance from Mayak enterprise in the Chelyabinsk region. It is believed ruthenium-106 could appear in the atmosphere as a result of a breakdown on one of the satellites in near-Earth orbit. 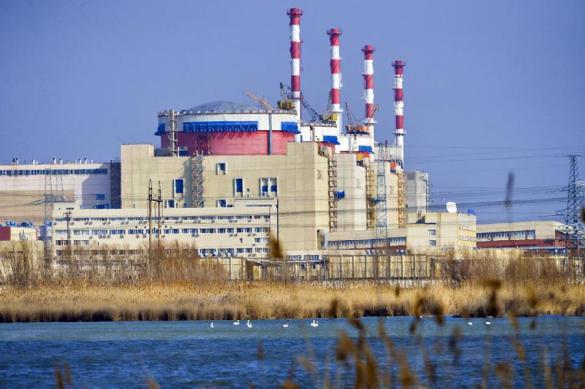 "The measurements of control samples did not reveal the presence of ruthenium-106 in them. The dose rate of gamma radiation and the density of the flow of beta particles correspond to natural background," officials said.

The commission was established on the initiative of the Russian State Atomic Agency (Rosatom) and united specialists from the state agency, the Institute for the Safe Development of Nuclear Power Engineering of the Russian Academy of Sciences and the Federal Medical and Biological Agency of Russia. Additional verification was carried out from November 29 to December 1.

"According to the results of continuous radiation monitoring at enterprises and nuclear power plants located along the direction of Europe-South Urals, the concentrations of ruthenium-106 in the analysed period did not exceed one-thousandth of the norm. These indicators do not exceed and practically coincide with those that were registered at the same period of time in Europe," the report said.

The company Mayak does not produce "pure" ruthenium, while no employees have suffered from a possible emission. No traces of ruthenium-106 were found in the bodies of 250 employees of the radio chemical plant, the report also said.

The document suggests that ruthenium could be emitted as a result of combustion of an artificial satellite or its fragments in the atmosphere.

European experts detected the contamination of a part of Russia with radioactive isotope ruthenium-106. Increased concentrations of ruthenium-106 were found in Austria, France and Germany. At first, Rosatom denied the Russian origin of the contamination. Later, however, the Russian Meteorological Agency reported that from September 25 to October 1, excessive radiation background in the atmosphere was recorded by all posts located in the South Urals.

Mayak Production Association is a federal state unitary enterprise that produces components of nuclear weapons and isotopes. The company also deals with the storage and recovery of spent nuclear fuel. The enterprise is located in the town of Ozersk, the Chelyabinsk region of Russia.