Superstitions of Russian cosmonauts and submariners: Do not hurt the cats

For decades, space vehicles blasting off from the world's northernmost Plesetsk Cosmodrome have the name Tanya written on them. Commanders of submarines do their best to avoid leaving the harbour on Mondays. Strange signs and superstitions in most advanced and technologically complicated areas: is it backwardness or sublime advancement? 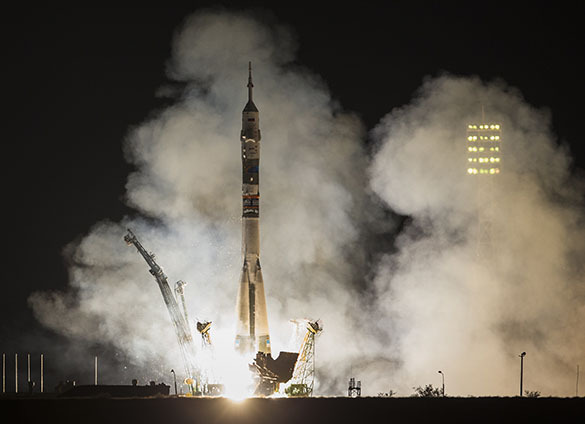 Several hours in advance, people write the name "Tanya" in large letters on the body of ready-for-launch space rockets on Plesetsk cosmodrome. The administration of the cosmodrome does not allow to do it, but it seems that one cannot stop the strange tradition.

Major-General of the Russian Space Forces Konstantin Petrov, who used to serve at Plesetsk Cosmodrome, said that the tradition started in 1972. Legend has it that one of the supervisors of the cosmodrome was patrolling its territory one night and saw a military man painting the name "Tanya" on the rocket under the cover of darkness. The man was not using a safety halyard, and when the supervisor snapped at him, the man nearly fell off the metal constructions. The "artist" was punished for not using the safety line, whereas the security guards, who missed the "painter" were not punished at all. Since then, employees of Plesetsk Cosmodrome paint the name on every rocket before launch. This is forbidden officially, but no one punishes the "artists" for their "creation."

The first "Tanya" rocket completed its space mission without any problems whatsoever. Since then, it has been assumed that one needs to write this name on every rocket for luck.

A successful space launch has a number of specific rituals preceding it on earth, and some of them can be very strange at times. For example, cosmonauts take a stuffed toy with them into space. The toy serves not only as a mascot - it also helps them grasp the moment, when weightlessness occurs.

A day before launch, every cosmonaut sits down to watch a legendary Soviet film titled "The White Sun of the Desert." This tradition has been living for 30 years already. The tradition is connected with a tragic page in the history of Russian space exploration, when cosmonauts Dobrovolsky, Volkov and Patsayev were killed during their return to Earth on June 30, 1971. The next flight on board Soyuz-12 went normal, and cosmonauts found out that the crew had watched "The White Sun of the Desert" the day before the flight. The tradition struck roots, and no tragedies have occurred since then.

In the pre-flight morning, the crew put their signatures on the doors of their room numbers and go out to the tune of famous Soviet "space" song "Earth in the Window." The most extravagant tradition of cosmonauts is to urinate on a wheel of the bus, which takes them to the launch pad. As numerous Internet sources say, this tradition originates from the flight of Yuri Gagarin, who asked to stop the bus on the way to Baikonur for a pee. In addition, cosmonauts are supposed to wave goodbye before going inside the spaceship.

Russian people are not obsessed with the lucky number 13, and there are no superstitions related to this number in the Russian space industry. However, Russian submariners fear this number like nothing else on earth. Russian submariners never go on a mission on Friday, especially on Friday the 13th. If this is their date, they do their best to postpone the start of the mission. It's also considered a bad sign to leave the harbour on Mondays and a good sign - on Thursdays.

One should step onto the deck of a military vessel, not only a submarine, with their right foot. Whistling or spitting on board is strictly forbidden. A woman on board a Russian warship is considered a bad omen, but this tradition is still alive only for the Russian navy (women are allowed to serve in the US navy, for example). However, if someone brings a child on board before departure, this is considered good luck. If there is a cat or two living on board a military ship, it is forbidden to hurt them.

The majority of Russian submariners believe that the fate of a nuclear-powered submarine is encrypted in its number, especially the operational-tactical or factory-made numbers. Tragedies often occur to the submarines whose numbers end with a "nine." The brightest example is the disaster of the K-19 Soviet nuclear submarine nicknamed "Hiroshima."