Every profession has its superstitions 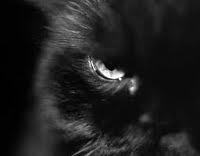 People of many professions have their own superstitions. Most likely, they did not appear from scratch.

Doctors, for example, try not to exchange their night duties. If they do, they will have a tough night, they say. They also try not to have sex the day before the night duty. There is nothing funny about it because people usually get relaxed and become less attentive after sex.

Surgeons have plenty of superstitious beliefs. For example, a surgeon will never operate their relative or a loved one. It is considered bad luck to operate a patient, whose first and middle names coincide with those of a surgeon. A surgeon identifies such a patient with himself, which increases chances for mistakes during surgery.

When putting rubber gloves on, a surgeon starts with his left hand. If a glove bursts, the operation may not go smoothly. It is also considered a bad sign to sit down on a surgical table, or to pick up a tool from the floor.

Representatives of another "emergency" profession - fire people - believe that if they clean their boots on duty or if a new man appears in the brigade, a fire call will follow soon. When a fireman returns from vacation, his co-workers pour water on him, otherwise they have to answer a fire call the same day.

Teachers have their own professional superstitions. If a chair breaks during a lesson - the teacher will not have a raise for a long time. It probably means that since there are no funds to purchase new chairs, there are no chances for raising teachers' salaries.

It is considered bad luck for a teacher to be late for the very first class in their career. It means that he or she will not be able to make a good career at school.

Sales people are in a habit of taking a banknote from their previous earnings to stroke their goods with the note so that the goods could sell well. If the first client is a male, it means that a vendor will have good sales during the day. If a male client gives a large note for his purchase, it means that the day will bring a very good profit.

It is considered a very bad sign for a driver to run over a dog - not a person, but a dog. If it happens, a driver should get rid of his vehicle as quick as possible. Otherwise, the driver will have car accidents on a regular basis.

The most popular and well-known omen among sailors is to have a woman aboard a ship. Life aboard a ship in open waters is hard and full of difficulties, but it is much harder for women. If a woman appears on board, she will inevitably attract men's attention, distracting them from their routine work. From this point of view, a woman on board brings bad luck indeed.

As for pilots, one should not wish then a good flight, for it may attract trouble. Pilots never take pictures of themselves before flights - some of them may not return otherwise.

Russian cosmonauts also have their professional tradition. It appeared after well-known Soviet rocket engineer Sergei Korolyov decided not to conduct launches on Mondays. Several Monday launches were said to have failed, and Korolyov would always reschedule launch dates not to make them happen on Mondays. The tradition is still alive in today's Russia.

The most popular tradition among actors and actresses - if sheets of paper fall down on the floor, one should sit on them not to forget the role. In theaters, it is strictly forbidden to whistle and to nibble sunflower seeds - there will be no ticket sales. If an actor or an actress trips on stage, he or she will have a messy performance during the whole night.

It is also considered a bad sign to play death on stage or in the movies, for it may cause trouble in real life. However, some say that if an actor plays death, he will live a long life.