Peace on you, o Syria!

The following are not words of mine but from my dear friend Ouday, the old Syrian who was so much busy for his homeland Syria since the beginning of the war that struck and almost destroyed her. They seemed to me being poetic words, almost a loving chant to whom you who love so deeply, perhaps just to a dreamy woman seen with eyes full of the poetic experience of a millennial culture. So, for this time, no geopolitical, economic, historical or military analysis: only the old Ouday's words and his beloved Syria... 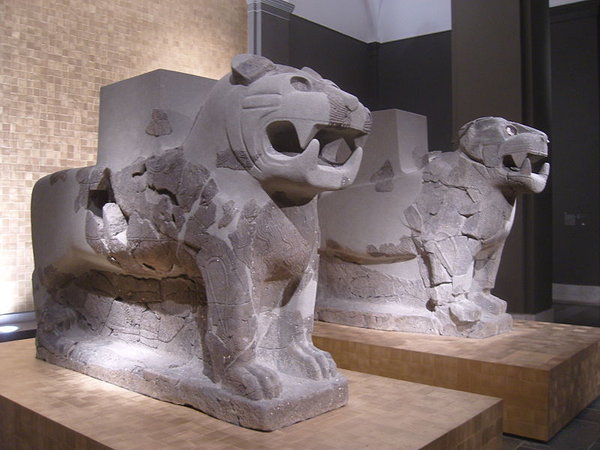 "Carry your mind on the legendary flying carpet of Arab fairy tales, through space and time...

My journey begins at Ugarit, 7,000 years ago, where man started writing for the first time. I can then hear the immortal verses of the Ugaritic poet: verily, I tell you, come to me, that this land is not a land of war, for my law does not allow it. Verily I say unto you, this land is a land of pruning, of plowshares, and of culture.

I fly on the Mounts of Taurus, where still hangs the scepter of Marco Crasso,  who was killed by the Partis, ruled by General Surena following the slaying of a Syrian. My carpet flies fast and fast I arrive to the mountain Laodicean, the bald mountain, where Eraclio I was defeated by the Syrians, where the wind still whispers the words of the Byzantine emperor defeated: peace on you o Syria, my eyes will not see you never again!

And then on Tartus, where there is the largest underground water tank, even bigger than that of Istanbul. From above I see the Arados Island, gently lying in the clear sea, a land of Phoenician sailors and I hear their prayers rise from the Temple of Amrit.

Again I come to Banias Castle, the uncatchable fortress of the Assassins, from whose tower the adepts of the sect thrown themselves following the orders of their boss, to show him his loyalty.

I fly over Safita's sky, from whose tower you could see the Templar's Castle, near Homs, point out the danger that came from the hinterland. The same castle that saw the defeat of the Templars by Saladin and which is still called today Krak of the Knights.

My carpet goes to East, to Hama, the capital of Orontes, and then my spirit embraces the poet of philosophers, the philosopher of the poets, Abou at Aalaa Almaarri, the inspirer of the great poet Dante for his Comedy became Divine. And still in the east, toward Palmyra, the reign of the revolutionary queen Zenobia.

I fly again, this time to North, to Aleppo, for centuries destination of great caravans every day and from my privileged position I can see the spectacle of ten thousand camels crowded inside the Citadel and hear from within its walls the glory of Baghdad, the stories of The Thousand and One Nights. Aleppo, in which Citadel is engraved with letters of light on golden pages, the verse of Al-Mutanabbi, the Alawit poet, who reads it: fast fillies, night and desert know me. As I know the sword, the spear, the inkwell and the pen.

My journey continues and my magic carpet leads me to the South, to Homs, the hometown of Giulia Domna, mother of Siro-Roman emperors, wife of Settimio Severo, founder of the Severi dynasty. And I can only remember her fairy weddings in the eternal city of Rome.

And further to South, to Maaloula, at the monastery of San Sergio, where there is the first Christian altar, a pagan time, the only one with canals for the drainage of the blood of human sacrifices at the time of paganism.

And here to overfly the splendid river Euphrates, which with its generous floods gave life to the most fertile land of the whole planet and where you can still see the shadow of the goddess Ashtar, Aphrodite for the Hellenists, Venus for the Romans, who protects the Dam of the Revolution, built in the twentieth century with the sweat and arms of the Socialist Revolutionaries. It is Adonis, his beloved bridegroom, to accompany me to the final destination of my journey, the glorious Damascus.

And there, is Damascus, wonder of wonders, the oldest city in the world, described in the Bible and first celebrated by all the pagan gods. I come to earth this time, to touch the soil of Damascus, to feel the smell of incense, to breathe the same air that breathed Saints, Blessed and Martyrs. They breathed the ancestors of those who chased Gauls, Ottomans and Crusaders.

I visited the tomb of John the Baptist, where 80 years after the death of Christ, a church was built, then replaced by the first and largest architectural work of the Islamic world, under that empire that expanded itself in the East to the Chinese Great Wall Chinese and in the West to Spain. Even today in Andalusia you can savor, in the hot evenings, the perfumes of the Syrian gardens.

It is at the gates of Damascus that Philip, the Roman emperor, built his little Rome with the amphitheater and the baths.

Here the prophet Muhammad's camel stopped before the divine message when he met the Christian monk Buhaira in his convent.

And I still linger at the mausoleum of Ruqayyah, where, with the martyrdom of the Imam Hussein, his sons and followers, blood has won the sword.

This is Syria in the books of History.

And I look at Syria today, the Syria of young Bashar Al-Assad.

Where you can still feel the scent and the palpitations of Socialism.

And where you can still heard the beating of the heart and the blood of millions of Algerian martyrs, the heroes of the struggle for liberation from the French occupation.

Where still waving triumphant the green flags of the Great Jamahiriya and the heart of the great African statesman and martyr Mu'ammar Gaddafi, student of the valiant leader Jamal Abd al-Nasser.

It is the Syria of Assad father and Assad son, Men at the time of the slaves.

As Italian-Syrian, I feel myself as the reincarnation of Apollodorus the Damascene, whose spirit lives in good and evil in every Syrian in the world. Apollodorus, the favorite of the Emperor Trajan, for whom he built the Trajan Bridge on the Danube after the conquest of Dacia. And again the Port, the Column, the Forum, the Trajan Baths. The Arch of Trajan in Benevento and the homonym that rises on the pier of the port of Ancona, also work of Apollodorus. To which is also the last finishing touch of the Roman Pantheon.

The Syrians are like Apollodoro, not so much in art as in the deep rebellious spirit; he did not hesita a moment, the great architect, to criticize the architectural works of the new Emperor Hadrian, coming to tell him explicitly: you do not understand anything of these things. Words that caused to him the exile and shortly after the death.

To conclude, I want to confirm the words spoken by Roman poets: Orontes is a tributary of the Tiber."