Migrants in Russia: Bliss or nightmare?

We all want to live comfortably, not not everyone has an opportunity to buy even essential goods. Those who can't find a good job in their place of permanent residence tend to go to work in another town or country. 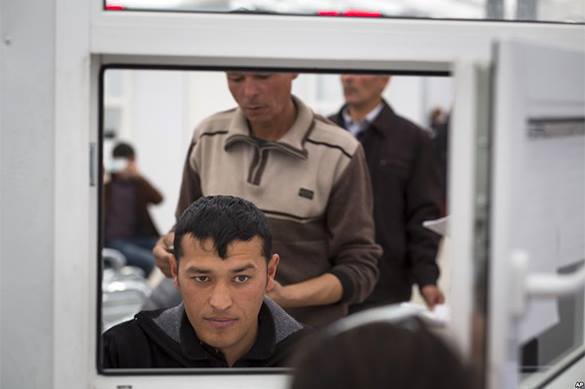 How do migrants live in Russia? Why is the number of migrants in Russia growing? We talked about the problems that migrants face in Russia in an interview with president of the Federation of Migrants of Russia, Vadim Kozhenov.

"What problems do migrants come across in Russia most?"

"First and foremost, it is the problem of document registration. When a person arrives in Russia, he or she is supposed to register themselves and obtain migration registration. Work permits will be issued to migrants depending on which country they come from. If it is a country of the Commonwealth of Independent States (former Soviet republics - ed.), a person will receive a work patent.

"Each region of Russia has multifunctional centers, where these patents are issued to migrants. If a migrant comes from a country of the Eurasian Economic Union (Armenia, Belarus, Kazakhstan, Kyrgyzstan, Russia - ed.), they do not need a patent. A person needs to come to conclude a work contract and receive medical insurance.

"Another most commonplace problem with migrants in Russia is the non-payment of salaries. Employers may deceive their migrant employees quite often. We have two criminal cases pending, in which 120 people appear as victims. They are mostly women, who worked in the cleaning industry but never saw any money from their employers."

"Is it true that the crime rate is higher among migrants than among citizens of Russia?"

"I can not say not sure. At the same time, I understand that migrants are always less secure about themselves. A person who has not received money for months and has a family at home is a lot more prone to committing illegal actions than a person who is doing well. I admit that there are extremist groups and criminal circles that may take advantage of such situations. I would not just blame migrants ascribing everything to their mindset. In their majority, they are nice people, who come here to work. Sometimes, though, other people make them experience extreme situations. This is a very complex question."

"How do migrants address their housing problem? Does the state help?"

"The state does not help. We are a democracy, we have private capital, a market economy, and I would not say that the state looks into this problem. If there is a family of migrants, who comes here to live and they rent a flat, then nobody cares. Sometimes, though, there are up to 20 people living in one apartment. This may cause problems to neighbors. These days, however, there are up to six-eight people living in one flat, and this I consider normal. Dormitories are, of course, more convenient for migrants, but small ethnic conflicts may occur there often."

"Many migrants in Russia complain that their driver's license is not valid in Russia. How do you address this problem?"

"On June 1, a relevant law came into force. Many have not even heard about the law. If a driver's license falls under the convention, a person should simply come and take an exam. If the license does not fall under the convention, then he must finish the driving school, that is, he must learn everything from scratch.