In accordance with a draft bill of the Ministry for Interior Affairs, migrants from the countries of the Eurasian Economic Union will be fined and expelled from Russia for the absence of the employment contract. 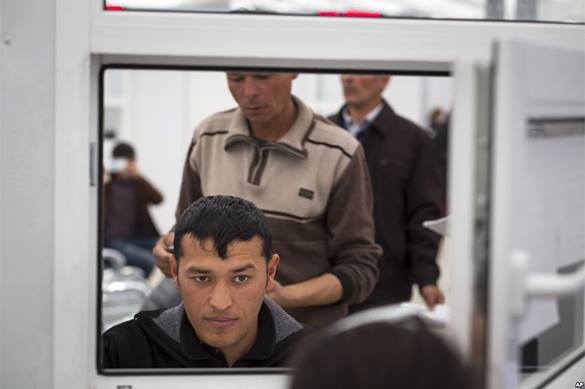 For the time being, migrant workers from EEU countries - Armenia, Kyrgyzstan, Kazakhstan, Russia and Belarus - are exempt from the obligation to obtain work permit in member states of the  union. The period of stay of a migrant in a state of employment is determined by the validity of the employment contract. However, responsibility for its absence is envisaged only in the area of ​​employment, rather than immigration legislation.

According to the draft law of the Interior Ministry, a foreigner who does not require a patent or work permit, shall not be entitled to work in Russia without employment contracts.

A penalty is to be set on the level of up to 5,000 rubles, including administrative deportation from the Russian Federation.

The bill also prohibits employment for foreigners and stateless individuals in case the migration card does not indicate work as the purpose of entry, the Izvestia reports. An exception will be made for citizens of Belarus, who are exempt from obtaining a migration card.

According to police, more than 15 million foreign citizens entered Russia in 2016; about 70 percent of migrants are representatives of former Soviet republics (11.5 percent arrived from EU countries).