Church pokemons bring too much fame to Russian blogger

On May 11, 22-year-old Russian blogger Ruslan Sokolovsky was sentenced to 3,5 years of imprisonment conditionally. A court of Yekaterinburg found Sokolovsky guilty of inciting hatred on grounds of religious and sex affiliation, insulting the feelings of believers and illegal trafficking of special devices for obtaining information. 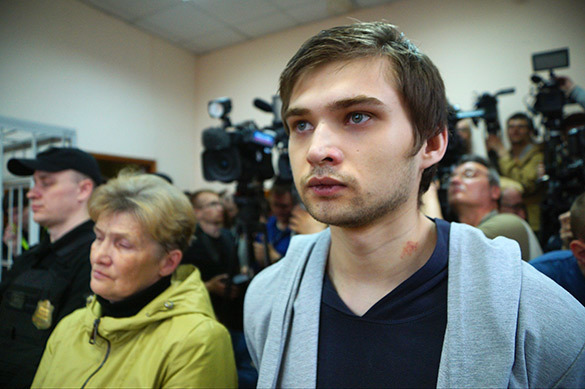 "The verdict, in my deep conviction, is mild. The act of hooliganism that this person committed may deserve a more severe punishment. It seems to me that people should know the extent of their responsibility to society. This person insulted the feelings of believers, and he should be held accountable for his act. Thank God, the court made an important and just decision," the dean of the department for political science of the Moscow State University, Andrey Shutov told Pravda.Ru.

"If this sentence stops him and makes him think before doing something, it would be enough. It's not the severity of the verdict that is important - people should make their conclusions, and that's what is most important. The public reaction to his act has become an example to those who may try to follow in his footsteps. This verdict will probably stop them from doing something like this too.  A person gets what he deserves. I hope that the young man will be able to express himself in civilized forms in the future," the expert added.

"People need to understand that they all - we all - live in a society, and we all should live by the rules of our society. The court found a violation of the law - the blogger committed not only an act of hooliganism, but also an act of extremism, which deserves a serious punishment. In Russia, we have a very powerful humanitarian tradition that condemns permissiveness. This is what Dostoyevsky used to write about. If we indulge this permissiveness, then the price to such a state and such a society is worthless,"Andrei Shutov said.

The criminal case was initiated against Sokolovsky in the autumn of 2016, after the young man posted a video of him playing Pokemon Go during a church service at Temple-on-the-Blood in Yekaterinburg. However, the point of the case is not so much about catching Pokémons at the church. The court established 16 episodes of illegal acts that the blogger committed. In particular, it goes about the videos, in which the young man spoke very sharply about religions.

The court charged Sokolovsky with several criminal acts: "inciting hatred or enmity," "violating the right to freedom of conscience and religion," as well as "illegal trafficking of special technical equipment intended for obtaining information without other people's knowledge." As for the latter, it goes about a pen with a built-in camera, with which the Pokemon-catching video was made. The use of such devices in Russia is limited.

Prosecutors demanded the young man should be sentenced to three and a half years of real prison sentence. However, the judge took into account Sokolovsky's desire for repentance. In his closing speech, Ruslan Sokolovsky apologized for the videos and said that he did not have a goal to offend anyone. However, the blogger did not plead guilty officially.

The Russian Orthodox Church hopes that Ruslan Sokolovsky will draw conclusions from what has happened. "Christians have always called for mercy, and a Christian person will not want anybody to suffer physically or morally. I think that the court was guided by considerations of humanism in making the decision on the case of Ruslan Sokolovsky," deputy chairman of the Synodal Missionary Department of the Moscow Patriarchate, abbot Serapion (Mitko) said.

"In order to get better and improve, one needs freedom, rather than deprivation of freedom in some cases," he added saying that the Russian penitentiary system may not always make people better.