WADA and McLaren cause damage to global sport

The World Anti-Doping Agency (WADA) has acknowledged that the report prepared by Richard McLaren's independent commission did not contain enough evidence to establish that Russian athletes were violating anti-doping rules. 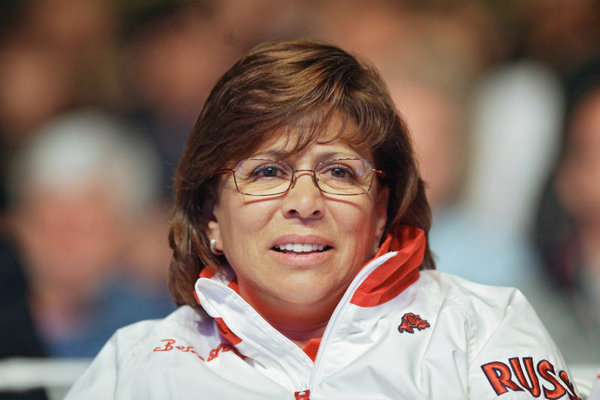 An open letter from IOC CEO Christophe de Kepper said that the report lacked evidence. "At the recent meeting (21 February) held by WADA in Lausanne to 'provide assistance to IFs [International Federations] regarding how to analyse and interpret the evidence,' it was admitted by WADA that in many cases the evidence provided may not be sufficient to bring successful cases,"  the letter said.

In the second part of the McLaren report it was said that there were illegal actions conducted with doping samples of the Russian athletes during the Winter Games in Sochi in 2014. The International Olympic Committee has opened disciplinary proceedings against 28 Russian citizens who participated in the Olympic Games of 2014 in Sochi. The organization also initiated inspections into the doping samples of Russian athletes during the Olympics in London and Vancouver in 2012 and 2010.

Maria Zakharova, an official spokeswoman for the Russian Foreign Affairs Ministry, stated that it took international officials two years to admit that the findings of the McLaren report were unsubstantiated. "The damage that has been caused to global sport is yet to be evaluated," Zakharova said.

On February 25, 2017, it was said that the World Anti-Doping Agency (WADA) admitted that the report by Richard McLaren Commission did not contain enough evidence to establish the guilt of Russian athletes. Who is going to be responsible for the damage that has been caused to Russian sports?

I think, it is up to the Federation, the athletes themselves, the Olympic Committee and most importantly the Paralympic Committee to decide. They know better what to do next. This is a common trend not only in sports, but also in politics - to throw mud at someone and then see what happens.

Is it possible to assess the damage that Russian athletes have suffered?

I think it's very difficult, but there is such a thing as "moral damages." For top athletes, especially such as Yelena Isinbayeva, who were supposed to win, who were ready to show top results, it goes about the price of Olympic gold medals and the price of their efforts. Just think how much time, efforts and nerves she had to spend after the birth of her child to get ready for the Olympic Games in Rio. Can anyone calculate the damage that was caused?

Can Russia hold the WADA accountable for what has happened?

Russia must do everything correctly from the legal point of view. As far as I know, every president of the International Olympic Committee comes across the struggle for the purity of the Olympic movement. It was not only the Russian athletes, who suffered as a result of the scandal - the damage was caused to the Russian Olympic Committee, the sports movement and global sport on the whole.