RUSADA vs. NYT: Where is the truth?

Acting head of the Russian Anti-Doping Agency (RUSADA), Anna Antseliovich, stated that the story about the use of doping drugs by Russian athletes prior to the Winter Olympic Games in Sochi was  an "institutional conspiracy." The official also said that the Russian authorities were not involved in the the plot. 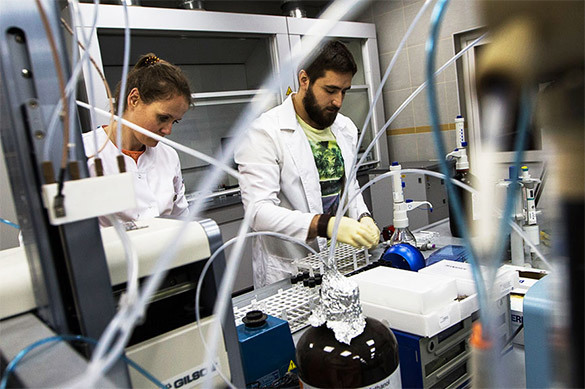 The New York Times has misinterpreted the position of the Russian AntiDoping Agency about the doping scandal. The author of the material that has recently been published in the US-based authoritative newspaper, has wrenched out of context the words from acting chief of the Russian Anti-Doping Agency, Anna Antseliovich.

During a conversation with NYT journalist Rebecca Ruiz, Antseliovich noted that the December report from the McLaren commission did not use the words "the state-run system of doping" and used "institutional conspiracy" instead.

However, the NYT journalist took the remark out of context thus making readers believe that the RUSADA acknowledged the existence of the state program of doping.

"Russia is for the first time conceding that its officials carried out one of the biggest conspiracies in sports history," the article in the New York Times runs. The newspaper made the conclusion on the basis of a recent statement from acting head of the Russian Anti-Doping Agency (RUSADA) Anna Antseliovich. According to her, it was an "institutional conspiracy," the newspaper wrote.

"Our position in relation to this situation remains the same. I assume that The New York Times has misinterpreted the words from Anna Antseliovich. I think one needs to ask her to explain what she wanted to say," the minister told TASS.

The Kremlin has also commented on the article. Putin's press secretary Dmitry Peskov said the Kremlin strongly denies the involvement in the state in the use of doping by Russian athletes.

"From the very beginning, of course, we have denied any involvement of the state, the government, departments, services, or agencies in the possible use of doping by athletes," Peskov said.

A member of the State Duma Committee on Physical Culture, Sport and Youth Affairs, Dmitry Svishchev, advised information about doping should be published in Russian, rather than foreign press. He noted that the Russian Federation recognized the use of banned drugs by some of the athletes and took a number of laws to struggle against doping in sports.

Pravda.Ru requested an expert opinion from the head of the medical commission of the Continental Hockey League, Nikolai Durmanov.

"I do not quite understand the excitement around such a quite foggy term as "institutional conspiracy." It was clear from the very beginning that the real violations that we had were not part of the state-run program that Russia was accused of. All of this was part of the game played by a very narrow circle of people, including officials, for the sake of their personal enrichment."

"Do you think that the infamous McLaren report can be referred to as groundless because a zillion arguments have been provided against it?"

"Most of them were correct arguments, because the McLaren report contains mostly fantasies and serious discrepancies. Yet, there are elements of truth in it too, and we have never argued about it," the expert told Pravda.Ru.