Truck rams into crowd at Christmas market in Berlin, at least 9 killed 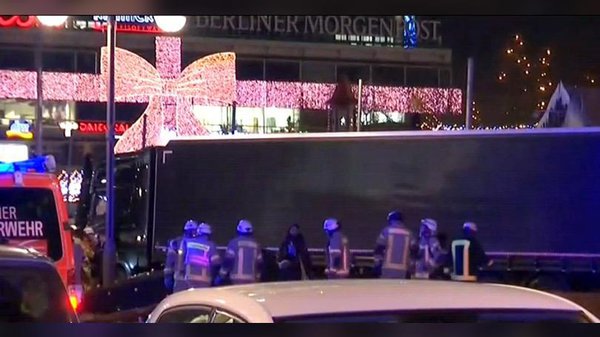 A truck drove into a crowd of people at a Christmas market in the German capital of Berlin, Bild reports on Monday, December 19.

The police do not exclude the version of a terrorist act.

On December 16, it was reported that a 12-year-old boy, a German citizen of Iraqi origin, intended to detonate a bomb packed with nails at a Christmas market in the German town of Ludwigshafen (Rhineland-Palatinate). Most likely, the boy had been recruited by Islamic State fighters (the terrorist organisation is banned in Russia).