Billionaire Donald Trump will serve as US President for the next four years. His wife, model Melania Trump, will become America's First Lady. 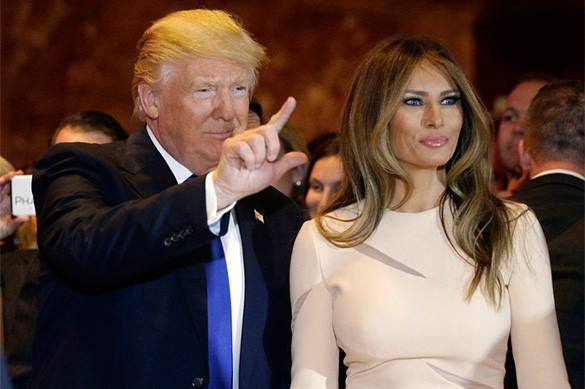 Melania Trump has became the second First Lady in the history of the United States, who was born outside the US. Louisa Adams, a native of England, the wife of the sixth US president Quincy Adams, was the first to have had such a peculiarity. Melania Trump is a native of Slovenia, a small country in Eastern Europe, RBC reports.

Melania Trump studied at the University of Ljubljana for architecture and design, but did not graduate it. She moved to Milan, where she started a modeling career.

Melania Trump is 24 years younger than her husband. She is 46 years of age. She is the third wife of Donald Trump. The couple have a son - ten-year-old Barron.

The wedding with Melania cost Trump at least $1 million.

Melania Trump served as a Goodwill Ambassador for the American Red Cross from 2005 to 2009.

Melania is the first First Lady of the United States, who posed nude. In January 2000, her nude photos graced British GQ magazine.

She has her own business - Melania Timepieces & Jewelry brand that was launched in 2010. The company produces jewelery, watches and cosmetic products.

Trump plans to deal with the protection of the rights of women and children. She spoke about it during her husband's election campaign in Pennsylvania. She said that she would pay attention to protecting juveniles against bullying in social networks.