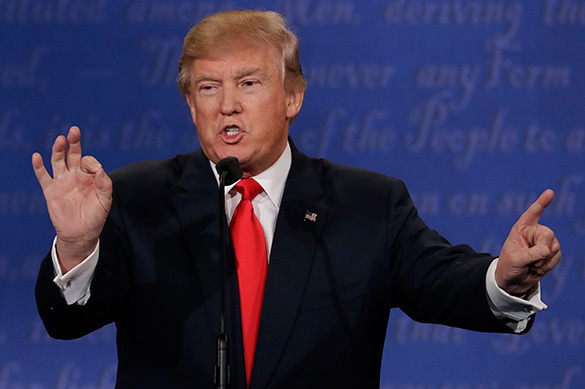 Pravda.Ru has turned for a comment to Paul Craig Roberts who is an American economist, journalist, blogger and former civil servant.

The US presidential election is historic, because the American people were able to defeat the oligarchs. Hillary Clinton, an agent for the oligarchy, was defeated despite the vicious media campaign against Donald Trump. This shows that both the political establishment of both political parties and the media no longer have credibility with the American people.

It remains to be seen whether Trump can select and appoint a government that will serve him and his goals to restore American jobs and to establish friendly and respectful relations with Russia, China, Syria, and Iran.

It also remains to be seen how the oligarchy will respond to Trump's victory. Wall Street and its agent, the Federal Reserve, can cause an economic crisis in order to put Trump on the defensive. Rogue agents in the CIA and Pentagon can cause a false flag attack that would disrupt friendly relations with Russia.
Trump could make a mistake and retain neoconservatives in his government.

With Trump there is at least hope. Unless Trump is obstructed by bad judgment and obstacles put in his way, we should expect an end to Washington's orchestrated conflict with Russia, the removal of the US missiles on Russia's border with Poland and Romania, the end of the conflict in Ukraine, and the end of
Washington's effort to overthrow the Syrian government. However, achievements such as these imply
the total defeat of the oligarchy. Although Trump defeated Hillary, the oligarchy still exists and is still
powerful.

Trump said that he no longer sees the point of NATO 25 years after the Soviet collapse. If he sticks to
his view, it means a big political change in Washington's EU vassals. The hostility toward Russia of
the current EU and NATO officials would have to cease.

We do not know who Trump will select to serve in his government. It is likely that Trump is unfamiliar
with the various possibilities and their positions on issues. It really depends on who is advising Trump and what advice they give him. Once we see his government, we will know whether we can be hopeful
for the changes that now have a chance.

If Trump is actually successful in curbing the power and budget of the military/security complex and in holding Wall Street politically accountable, he could be assassinated.