The officially registered number of people living with HIV in Russia is about a million. Among people of 30-35 years of age, every 25th Russian is infected with HIV. Doctors say that the epidemic of the human immunodeficiency virus is in full swing in Russia. It sounds frightening, but we have heard reports about AIDS epidemic before, for example, in Australia. These days, however, the Australian government says that the problem has been solved. Pravda.Ru conducted an interview on the subject of HIV/AIDS in Russia with Academician Vadim Pokrovsky, deputy director of the Central Institute of Epidemiology, Director of the Federal AIDS Prevention and Control Center. 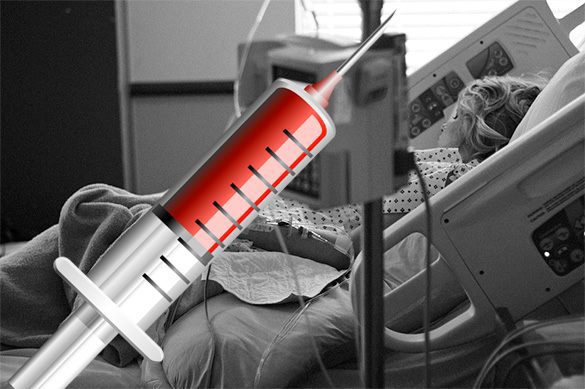 "What is the mortality rate among AIDS patients in Russia?"

"Since 1987, when the first Russian citizen, an AIDS patient, was identified, 230,000 people have died. Some of those people died as a results of various accidents, some others committed suicide , but a half of them died directly of AIDS.

"How can people protect themselves? In Russia, 40 percent of infected women have only one sexual partner and learn about the diagnosis during pregnancy - what can one recommend here? Do not get married and do not get pregnant?"

"In different countries, the epidemic takes on a different shape. In Russia, after deducting 56 percent of drug addicts, we have 44 percent of those who usually receive the virus through sexual contact - mostly with those people, who used to take drugs. However, the infection can be spread in affluent social groups among heterosexual people. Economically active citizens suffer most. At the age of 30-40 years, for example, we have 3 percent of HIV positive men and 2.5 percent of positive women.

"What can our women do if they marry a 30-35-year-old man? The chance of contracting the infection is very high, because at this age, one in every 25 Russians is infected with HIV. Therefore, the recommendation is simple: use condoms until you know for sure whether your partner is infected or not. Condom still remains the most reliable means of protection against HIV."

"Are there any age limits for the disease?"

"One should not think that AIDS is dangerous only for young individuals. In Russia, there was an incident, when a 92-year-old man contracted the infection from a gypsy female, a drug addict. Many men use sex stimulants, and some women may look beautiful even in the retirement age. Therefore, the incidence rate among 45+ women has become a common trend in many countries. They think that they are out of the risk group, so they do not practice safe sex.

"I always tell people that using condoms is their own personal choice. The struggle against the epidemic requires efforts not only from doctors and the authorities. If you want to have children, get tested for HIV with your partner. Even if it turns out that your partner is infected, but you love each other, you will be able to live together and have healthy children. Knowing the HIV status is extremely important.

"The biggest problem that Russia faces today is the procurement of antiretroviral drugs. This is a big problem indeed, because the domestic pharmaceutical industry collapsed during the 1990s. Nowadays, it is recommended to start anti-HIV therapy at once, right after a person has been diagnosed with HIV infection. However, due to the lack of funds, we are guided by recommendations of the past, when a person is recommended to start taking those specific drugs after his or her immune system has reached a critical point."

"Are these drugs in free access? How much are they? If the authorities can not help here, people may try to do something themselves to solve this problem."

"These drugs are in free access, but a patient has to take them for the rest of their life. The therapy costs about $10,000 a year. Avoiding AIDS is cheaper than curing it, let along the fact that it cannot be cured."

"In Russia, traditional religions are opposed to contraception. Educating youths about the need to use condoms is not considered nice either. How do you educate people on the importance of contraception?"

"In Russia it is considered nearly criminal to talk about sex to kids under 15 years of age. Now they start talking about sex at school in the 9th grade. As a matter of fact, 20 percent of young women already have a sexual experience before they turn 15. Sexual education should come earlier, but not later than at 12, or we will eventually create a very big problem for ourselves.

"Western experience shows that sexual education is effective for the prevention of HIV. For example, the amount of HIV infection is the lowest in Germany, as far as European countries are concerned. In Germany, sexual education at schools is mandatory, and parents can even be imprisoned if their child does not attend classes in sexual education. As a result, there are less than 100,000 HIV-positive people in Germany. Sexual education is important, but the question here is how to build it. In Russia, however, it is not only teenagers, but also adults, who treat the problem of AIDS irresponsibly."