The ballots of local elections on Sunday were surprising for the results showed. The parties that govern Italy underwent a clear and decisive defeat and the 5-Stars Movement has gained not only Rome but also Turin, the city that it seemed it will have reconfirmed the outgoing mayor Piero Fassino. A real debacle for the Democratic Party (former Italian Communist Party) that is likely to disappear as happened to the Christian Democracy and to the deceased Italian Socialist Party. 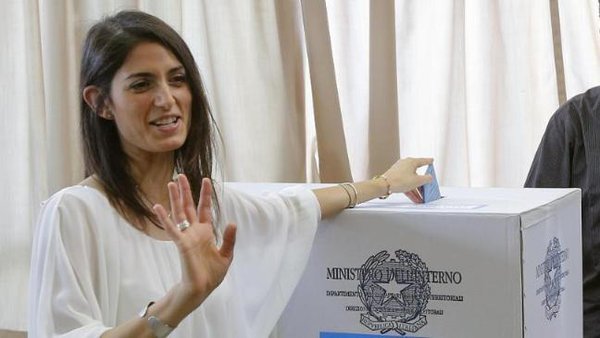 Virginia Raggi in Rome and Chiara Appendino in Turin are now the clean and honest faces of all those Italian citizens tired of corruption and of an increasingly widespread malpractice.

Back with us, welcome guest, the Italian journalist Marcello Foa for some comments on these elections.

Q) Virginia Raggi is the new mayor of Rome and the 5-Stars Movement has taken the capital. Who rules Rome also rules Italy?

A) Not as mayor, but rather in that of prime minister. Raggi's victory is important for the breadth of consensus (doubled the Democratic candidate) and its symbolism but must be kept in the right size.

Q) In your opinion what are the main challenges that Mrs. Raggi will have really to address in her ruling the Eternal City?

A) They are colossal challenges: it is a city full of debts, with inefficient administration and a high corruption rate. It's a very severe test not only for Virginia Raggi, but for the structure of the 5-Stars Movement itself.

Q) Speaking in realistic terms, what will be the positive results that the 5-Stars government will achieve in Rome?

A) An improvement, even only partial, compared with the disasters of the previous juntas would already be a success, together with the re-conquest of the confidence of the citizens to the institutions.

Q) And in the other cities where the 5-Stars Movement won or where it even entered the city council?

A) Smaller cities are more simple to manage, in this case a success is more easily measurable. The most interesting city to follow is Turin, because large but it is not as a disastrous as Rome. Here you will understand if the 5-Stars Movement is able to govern an important capital.

Q) It's useless to deny that the main loser of these elections is not the Italian Right, in fact nonexistent in my opinion, since the pseudo left of the Democratic Party. In your opinion, how it will affect in the future decisions of the Italian Parliament these recent election results?

A) Very much. Renzi comes out very weakened by this election and it will be harder for him to hold together its composite majority. The DP minority will be even more angry and combative. I agree with you on the center-right: at this stage is evanescent and divisions - see Rome - only served to benefit the 5-Stars. Observations are required.

Q) Can we expect an investigation Clean Hands 2 that will wipe out the Democratic Party and its vassals as befell as his time to the Christian Democrats and the Socialist Party? If so, with what differences?

A) I do not know, I have no information in this regard. The impression is that something serious is maturing and that the judiciary does not considers Renzi with benevolence. From here to say that could break out a Clean Hands 2, however, there runs ...

Q) Do you feel up to provide to us a forecast on the future of Matteo Renzi, the premier with an ice cream in hand, since in September there will be the constitutional referendum?

A) An increasingly weak leader who is increasingly victim of his own nature and character. His ego and a tendency not to recognize his mistakes is likely to cost him a lot. The referendum will be very important, hence at that moment he will live the most difficult season since he become premier.

Q) Ice cream in hand but also a smartphone. At the St. Petersburg Summit, just concluded, Matteo Renzi controlled text messages while Putin spoke at his side. Do not you think that our diplomacy is completely in disarray?

A) Renzi was brave to go to St. Petersburg and to call for the end of sanctions against Russia, it should be given him act, but he is a leader who does not know how to live, which persists in not wanting to comply with the more normal rules of diplomatic etiquette and even those of good education. Some time ago the French TV ridiculed heavily on him for this his way of doing but criticism has not caused him to rethink. He still think he's the smartest of all and does not realize, victim of his own vanity, that ends up hurting himself. Certainly at international level he's not respected.

Author`s name Costantino Ceoldo
15:02
Viktor Bout says he did not come across Russophobia in US prisons
12:02
Massive fire burns OBI hypermarket at Mega Khimki Shopping Mall to the ground
16:48
US basketball player Brittney Griner exchanged for Russian entrepreneur Viktor Bout
16:31
Zelensky believes Ukraine conflict may end in 2023
20:46
The West is expecting, but not pressing Russia-Ukraine talks
18:27
Putin: The threat of the nuclear war is rising, why deny it
17:17
Ukraine modenises Soviet Tu-141 Strizh drones
15:24
Ukrainian combat drones capable of flying at speed of sound may strike Siberia
14:35
Russian Army continues successful offensive in Krasny Lyman direction
20:56
UK and USA could be part of drone attacks on Russian military airfields
Polish writer shocked to find out Russians will not rise to topple Putin