Without oceans, Earth will turn into burning hell

We call our planet Earth the blue planet as most of its surface is covered by water. Let us now imagine that one day, for whatever reason, all oceans disappear. What would be the consequences of such a disaster? 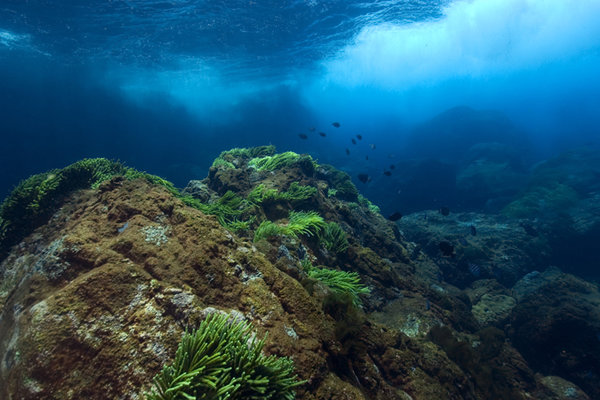 The primary function of the oceans is to absorb and distribute sunlight. Should oceans disappear, the equator would turn into burning hell, whereas the poles of the planet would not receive any sunshine and warmth. Ocean streams take warm tropical waters to the north and to the south, whereas cold water goes back to the equator. Due to the presence of oceans on Earth, temperatures on the planet are kept at the levels that make life possible.

In addition, oceans support the water cycle: the water evaporates, forms clouds and falls down again in the form of precipitation. Cold air replaces warm air at the equator thus distributing warmth across the planet.

Let us assume that all the oceans suddenly evaporate and leave only the dust that remains wet enough to give us a chance to survive.

The disappearance of the oceans will not lead to the complete disappearance of water on the planet. Lakes, rivers, groundwaters, glaciers, ice caps and permafrost will remain. These resources contain about 68.7 percent of all fresh water on Earth - this is about 3.5 percent of the volume of the water that we have now.

Oceans make up the total of 96.5 percent. Therefore, the remaining quantity will not be enough to ensure the full water cycle in nature, even if we manage to melt the ice caps at the poles.

Mankind will be able to exist in such conditions for some time. Having access to groundwaters, we will be able to build hydroponic farms. Yet, trees, plants and animals will be doomed to die. Constant droughts will scorch out continents and accelerate global warming.

The equator will become too hot to live. Greenhouse gases will keep the solar energy close to the ground. Average Earth's temperature will rise to 67 degrees Celsius. Most living beings, even those resistant to high temperatures, will not be able to live under such conditions.

Humans will most likely start migrating to the southern hemisphere of the planet, where it will be possible to extract water from underground Antarctic ice. However, reaching Antarctica will be very hard as the continent will turn into flooded wasteland. Those who will be able to live up to the day when the necessary infrastructure is created, will have to live under the ground.

Yet, life in underground bunkers does not guarantee a long and comfortable life on the ocean-devoid planet. The Earth's atmosphere will start losing oxygen slowly. Sooner or later, all forms of life on the planet will become extinct, except for small colonies of chemosynthetic bacteria.

Can all of this become reality someday in remote future? In fact, it can. Scientists believe that there were oceans on Mars millions of years ago. Earth-like life on planet Mars could be possible too.

Creating climate and geochemical models of Mars, scientists established that a part of the Martian ocean was hidden underneath a layer of ice. In addition, the relief at the edges of the supposed ocean basin suggests the presence of large glaciers in the area. Researchers believe that it was low temperatures and ice that prevented the formation of layered silicates on the bottom of the water reservoir.

Nowadays, Mars is a waterless desert. If there is some water on the red planet, it exists only in the form of ice. Mars is older than Earth...Will Earth turn into a Mars-like planet in millions of years?