It has been reported that Russia has fallen a victim to omnipresent fear of terrorism. The epidemic of fear of terrorism has swept across Russia as a result of recent terrorist attacks that have been committed against Russia in light of its anti-terrorist operation in Syria. It is hard to believe that this is exactly the case, because this is what terrorists want to achieve by committing their crimes - they want to sow panic and instability. They want to intimidate people. 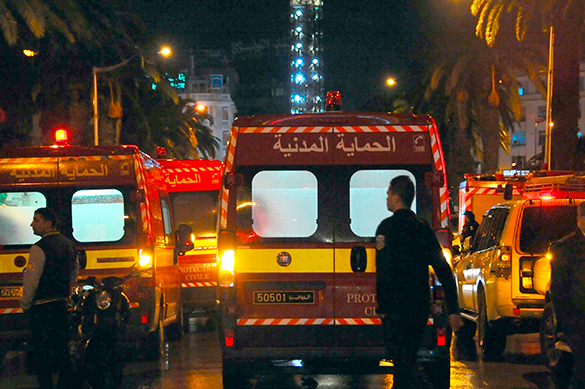 The fear of terrorist attacks

"The Russians complain of fear of terrorist attacks," this is a headline that a Russian newspaper has recently unveiled. The headline was based on a study to find out how many Russians seek psychological assistance because of the fear of terrorist attacks. It turned out that the Moscow service of psychological help received 2,000 calls from people in ten days. This amount does not seem to speak for many Russians, to say the least.

The above-mentioned amount of people does not even reach the level of "statistical error" that is commonly used in serious research works - 3-5 percent. To crown it all, 2,000 people cannot speak for 146 million.

The fear of terrorism is the core essence of terror and one of the prime goals of terrorists. Explosions, murders, hostage-taking - all of these acts is just "details", even though mass media and common people pay most of their attention to such acts.

The ultimate goal of the Islamic State and other terrorist organizations is to sow oppressive fear, uncertainty, concern and ideally - panic.

An ancient parable comes to mind at this respect. Having stepped down on Earth one day, God came across Plague. "Where are you going?" he asked. "I'm going to Damascus to kill 5,000 people there." The Lord took an oath from Plague that she would not kill more than 5,000 people. Soon afterwards, the Lord found out that an epidemic of plague killed 50,000 people in Damascus. "What have you done? You gave me a promise!" the Lord told Plague indignantly. "I kept my promise and killed only 5,000. The rest died of fear," Plague replied.

As for the fear of terrorist attacks, the ratio of real victims and those who suffer from the fear of becoming a victim, is likely to be even larger.

How many people die in car accidents?

In France, terrorists killed more than a hundred people; the crash of the Russian passenger plane that terrorists exploded over the Sinai killed a little more than two hundred people. Yet, one can find entries on the Internet that speak of thousands of victims.

Some people are afraid of going outside, some others are scared to use the subway, others do their best to avoid public places. Such people develop stresses and even chronic diseases that affect their ability to live and work like other people do.

How many people die in car accidents in Russia a year? The answer is really frightening - more than 25,000 people. Strangely enough, people do not have the fear of dying in car accidents when they start their cars. Everyone is used to such dangers as careless driving and commonplace crime. People do not pay any attention to them. There are professions that are associated with danger: submariners or miners do not think of the dangers that threaten their lives every second - they just work.

So why fixate on the fear of terror? This type of fear is a classic phobia.

There is a variety of phobias, but most people disregard the dangers associated with those phobias. One should treat the fear of terror philosophically - this is enough to stay in high spirits even when the media is painting a picture of terrorist apocalypse.