When Russian Air Force used the KAB-1500 half-ton bomb to strike terrorists in Syria, many Russians felt proud. Indeed, such a powerful bomb capable of breaking through three meters of concrete is a reliable guarantee of protection. Are there other types of large bombs in the world and how did they appear? 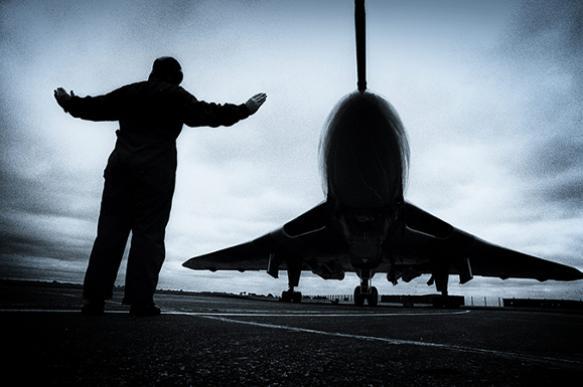 The very first bomb in history

People tried to drop bombs for the first time from hot air balloons. First bombs looked like cast-iron balls with powder inside and a fuse. In 1812, Count Rostopchin suggested Russia should drop  such bombs on Napoleon's troops from paddle-powered balloons. The idea did not work, because wind was much more powerful that paddles. In addition, the bombs could explode in the air or smoke for a while on the ground, giving time to potential victims to flee to safety.

Aviation opened new ways for dropping dynamite from the sky. Already in 1912, during the Balkan war, an orange-sized bomb was dropped from an aeroplane. The bomb was stuffed with picrate of potassium to explode on impact. Yet, it was a weak and inaccurate weapon.

However, at the beginning of the First World War, bombs firmly took their place in the arsenal of aviation. As a rule, those bombs looked like drops of water, had a cross-like rear stabilizer and a handle. A pilot or his assistant would need to grab a bomb by the handle to throw it out of the plane.

Hand grenades and aviation booms were also used. The booms were steel rods the size of a pencil. They would be raised in the air in bags and boxes. One box would fit in 1,200 of such rods. When dropped from an attitude of one kilometer, the steel rods would pierce the head of a horse rider, even if the rider was wearing a protective helmet.

During WWII, a technology was invented to launch missiles from aircraft. The weight of bombs started growing rapidly. Back in those years, the weight of bombs was measured in pounds (one pound is 400g), and here is the caliber of bombs that were used back then: British bombs of 112 and 230 pounds, US bombs of 50 pounds, and the French built a "Giant" bomb that weighed 400 kg.

1915 saw the creation of the German bomb known as PuW. The fuse of the bomb had an impeller. As the bomb was falling down, the flow of counter-air was spinning it, arming the fuse. As soon as the bomb would stop spinning, it would explode. At the end of the war, one-ton bombs were used, but not often.

With the onset of World War II, bombs became one of the most important weapons of war

During the 1930s, the bombing technology was developing speedily. By the time when World War II began, bombs had become one of the most important weapons. The Germans, for example, would very often use incendiary bombs filled with magnesium and aluminum oxide. The Soviets dubbed the German bombs -  C50A "Torch" - "lighters." They would put those bombs out, by  grabbing them with pliers and shoving them into a bucket of sand.

The Anglo-Americans used bombs weighing 30 (incendiary), 250, 1200 and 2,000 pounds. One of the most powerful bombs was the 12,000-pound British bomb, consisting of several sections. It could be dropped in whole or in separate sections.

The British redeveloped super-bombs: the 1200-pound bomb "Tall-Boy" and the 22,000-pound "Grand Slam" bomb. When dropped from a high altitude, these bombs would develop supersonic speed and go 30 meters into the ground, where they would explode.

The USSR used bomb weighing 25, 50, 100, 250, 500 kg, including against tanks. It turned out that a 100-kg bomb could destroy a tank, only if it exploded near the tank, only 5-10 meters away from the armored vehicle. Striking a tank with a bomb from high altitudes was almost impossible.

In 1943, the USSR developed PTAB 2.5-1.5 - a cumulative anti-tank bomb weighing only 2.5 kg and had 1.5 kg of explosives. The bomb bay of the Il-2 aircraft could fit 400 of such bombs. Soviet engineers also developed a super-powerful bomb weighing five tons. It was enough for a single bomb to destroy a railway station.

To blow up water reservoir dams and deprive German steel mills of water, the British invented the barrel-like bomb that would be suspended underneath an aircraft. The bomb had to be spun before it could be dropped on the water surface. The bomb would not drown in the water, but roll on the water surface before it would reach an obstacle - a concrete wall. The bomb would then sink to the bottom of the water reservoir, at the foot of the wall, where it would explode, destroying the dam.

After World War II, the development of bombing weapons continued. Incendiary napalm bombs were designed - the Americans were actively using them in Korea and Vietnam. The destructive power of this weapon was brightly shown in Mel Gibson's film "We Were Soldiers."

There were bombs with special braking parachutes that gave a possibility to carry out bomb attacks from low altitudes.

The most powerful non-nuclear bomb, "the mother of all bombs" (MOAB), was developed in the United States in 2002 and 2003. At the time of its appearance, it was the most powerful non-nuclear bomb in the world. In 2007, however, Russia announced the tests of a more powerful bomb that was dubbed the "father of all bombs." For some reason, it is considered a vacuum bomb, although it is not quite true. It is a conventional, but a very powerful bomb: 9.17 meters in length and a diameter of 102.9 cm. Its weight is 9.5 tons, of which 8.4 is H-6 explosive - Australian-developed mixture of TNT, RDX and aluminum powder. The explosive is 1.35 times more powerful than TNT.

The power of its explosion is equivalent to 11 tons of TNT. The destruction capacity reaches out to  1.5 km from the epicenter! This is a satellite-guided bomb that is capable of striking targets with precision.