It was customary for many Russians and still remains so for some to diminish themselves in front of the West. In the West, the trend is the opposite: to diminish all other nations in the name of the  glory and power of the West. The West has done a lot for the human civilization, but they want to bite a bigger piece from somebody else's pie as well. In the USA, for example, there are many of those, who sincerely believe that it was the USA that won WWII. 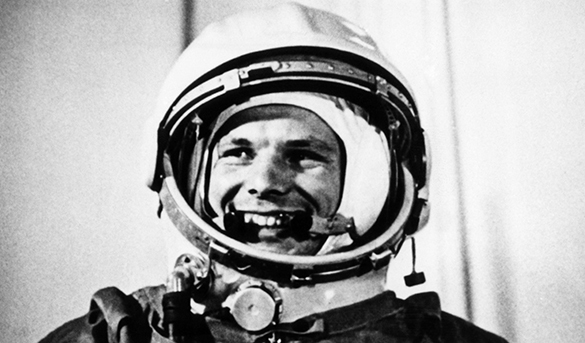 He who pays the piper calls the tune, especially in computer games and Hollywood blockbusters. Michael Bay's "Pearl Harbor" is a good example at this point. It seems unbelievable, but in 60 years the Americans managed to gain huge profit from the tragedy in the field of cinematography.

Let's go back to real life. Who was the first to come up with the idea of concentration camps? Was it the Bolsheviks or German Nazis? Not at all - it was their Anglo-Saxon brethren. Their followers across the Atlantic developed the idea and put 120,000 Japanese people into concentration camps in 1942. There was no notion of political correctness back then, and the camps were referred to as war relocation centers, similarly to the long-standing habit of our "partners" to designate Chechen terrorists as "insurgents" and "rebels", while calling Novorossiya militia forces "pro-Russian separatists." Is it the reason why the Americans called their cosmonauts 'astronauts,' as if 'cosmos' is not a Greek world, just because world's first man in space was Russian?

Sixty-two percent of 120,000 interned Japanese people in the US became US citizens. In 1942, President Franklin Roosevelt signed emergency decree No. 9066, according to which military authorities established expulsion zones and could displace people of any nationality. Understanding xenophobia in a country where all residents are migrants, excluding the exterminated or forcibly exiled indigenous population, is hard indeed.

The day after the Japanese attack on Pearl Harbor, on Dec. 8, 1941, President Roosevelt signed Presidential Proclamation Nr. 2526 that created the legal basis to restrict the freedom of movement  for "hostile" foreigners, limiting their right to own private property. Who can say after that that it was godless Bolsheviks who reduced the holy of holies - private property - to dust and sent innocent people to camps?

Compared to 120,000 interned Japanese nationals, the number of nearly 11,000 Germans living in the United States under the Alien Enemies Act seems insignificant. In practice, the FBI and other US intelligence services were no different than the Gestapo and NKVD. The American authorities insisted on the deportation of more than 4,000 people of German origin from Latin America.

None of the internees has ever been charged with treason. Glory to the American Themis! The last  internees were released in 1948. According to Western press, some of the victims received compensations, and 40 years afterwards, in 1988, President Ronald Reagan signed a document in which the US government apologized for the internment that was based on "racial prejudice, war hysteria and errors of the then political leadership." The document embraced only the Japanese holding American passports. Nothing was done for the Germans and others.

When we rightly condemn the past, we should not forget some basic truths. Pointing to acts of others, you should not look for excuses for yourself.