Missing children: Some kids leave home to build a spaceport

Nearly 5,000 people, including minors, disappear in Moscow every year. Pravda.Ru conducted an interview on the subject with a senior representative of the Criminal Investigation Directorate of the Russian Interior Ministry for the city of Moscow, Dmitry Pichugin. 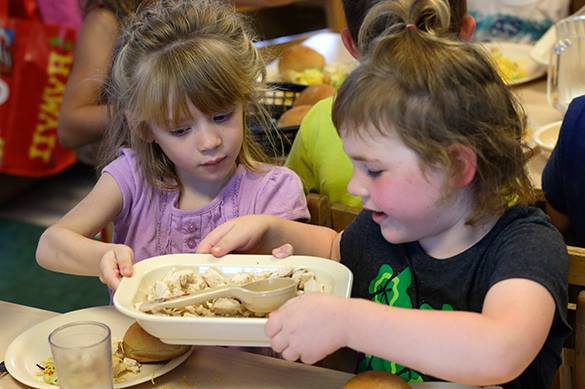 "How often do people disappear in Moscow and for what reasons?"

"How many cases of kidnapping do we have in Moscow?"

"There are not so many of them in Moscow - about 20-30 cases. Many cases are connected to family problems, when divorcing parents take their children from each other and file for kidnapping at times. This is a horrible situation, because law-enforcement officers have to distract themselves from much more important cases."

Also read: Child kidnapping in Moscow - Tales from the crypt

"What does a police officer do in such cases?"

"First and foremost, they interview the applicant. Many parents lie, though. They say that their kid disappeared, although everything in their family was perfect. Afterwards, when the missing child is found, it turns out that he or she was severely abused and beaten.

"A person may disappears for many reasons. A person can be either kidnapped or killed. Then, it can be an accident. The next category is the category of those people who leave their homes voluntarily - both minors and adults."

"What should people do, if something happens to their loved ones, if they lose someone?"

"One should contact police at once. Waiting for three days before going to police is absurd. Never ask so-called extrasensorial individuals for help. I can officially declare that psychics have never ever helped us find any of the missing people. Those psychics are swindlers and scoundrels. One of them told us when we were looking for a missing person: "On this field, you will find a dead body." We did find a body there, but it was the body of a dog. That was such a waste of time.

"It would be very helpful to attach name and address tags to your children's or elderly relatives' clothes. A note in a pocket can also be very helpful."

"Do you have any bright stories from your experience?"

"There was a woman whose ten-year-old son left home and did not come back. We started searching the woman's apartment and the boy's room. We found some diaries, in which there were sketches of rockets and a spaceport. Next to those sketches he wrote: "Peter, you must start saving money one month in advance. We will need a lot of money. Save all chocolate bars, take some clothes and then we go." We found that Peter boy, who told us that they were going to build a spaceport with his friend. Peter was collecting chocolate bars and money, but did not have the courage to leave home when time came. He had his backpack ready, but didn't go.

"A little bit later we had a call from a man, from a town near Moscow, who told us that the boy that we were looking for was sleeping in his house. The man said: "I was driving in my town, when I saw the little boy walking. I stopped and asked him where he came from. I could see that he was not a local resident. The boy told me that he had business to do. I asked him to drop by and take a nap, I said that I would give him something to eat."

"So the boy came to that man's house, he ate and fell asleep. The man opened his backpack, found a diary and there was a home number written there. It was like a miracle. Volunteers took the boy home in five minutes after that call."