Political correctness: What are we thinking? 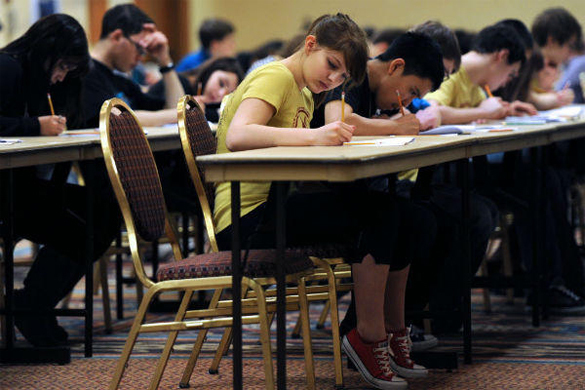 There was a time when we would say, write and do practically anything within reason. However, those days have gone. Nowadays, we are particularly careful about our utterances and deeds for fear of giving offence.

Freedom of expression is a right. Further, this right may be protected by law. For example, The European Convention on Human Rights is a treaty, one of whose Articles gives European citizens the right to express themselves how they wish, with a few acceptable exceptions. Why then has there been a shift in attitude? The answer lies in two words: "political correctness". What is political correctness? Wikipedia defines political correctness (commonly abbreviated to PC) as "an ordinarily pejorative term used to criticise language, actions or policies seen as being excessively calculated not to offend or disadvantage any particular group of people in society." It is commonly agreed that political correctness favours minority groups.

The libertarianism of the past has given way to an almost slavish adherence to a way of doing things where consideration of the sensibilities of minority groups is given precedence. The key to all this is the excessive manner in which this is done. After all, minority groups survived and some members of them even prospered before the advent of political correctness. It appears therefore unnecessary to positively discriminate for them. So why do it? One possible reason is the increased rate of migration we have witnessed in certain parts of the world over recent years. Taking Europe again as an example, European citizens are given a qualified right of freedom of movement within the European Union. The European Union has twenty-eight member states with more to follow. It may be the case then that countries feel almost pressured by a potential mass influx of workers from abroad, to give special treatment to minorities.

As the above definition of political correctness indicates, special treatment is given to minorities in a variety of ways. One of these is through our use of language. One almost laughable example of this is the word "chairperson" . In this regard, there was a time when the word "chairman"  covered both a man and a woman. Furthermore, women never took offence at this word being used to mean them. This perception has changed and the word "chairperson" is being increasingly used to cover a man and a woman. It is as if this gender neutrality in the use of a word is seen as somehow advancing women's rights. Right thinking people, of course, know different!

Another example of how political correctness is influencing society today is in the field of recruitment. The seeds were sown by "affirmative action", a concept introduced in early 1960s U.S.A. as a way to combat racial discrimination on the basis of a person's race, creed, colour or national origin. However, affirmative action came to be seen by, at least some strands of society there, as positive discrimination in employment regardless of a person's ability to do a specific job.

In current employment circles, there is a disturbing tendency for employers and potential employers to request their staff and job-seekers to complete equality questionnaires, covering, a person's race, religion, gender, age and sexual orientation on the grounds that this promotes a "balanced" workforce. The important thing here appears to be that the workforce is balanced. But, where does capability to perform the job function assigned, come into this picture?

The underlying message is that the under-represented must be represented at all costs, whether that is in the media, politics or any other area of endeavour you would not normally expect to see a large number of "minority faces".

In the final analysis, it is undeniable that the rights of the vulnerable must always be championed. However, in recent times, there is a tendency to view the vulnerable as being the minorities. This is not necessarily the case. Minorities have survived for many years and some members of them have succeeded against all odds. Why the success? The success is linked to talent as talent will always shine through. Until we recognise this fact and stop practising the artificiality that is political correctness, society will be hindering rather than helping its minorities!