The video channel of Pravda.Ru has entered the "top five" of leading Russian media resources on YouTube. The Pravda.Ru video project follows the leader among major Russian media outlets - Russia Today. The RT channel takes the first place, with the English-language project of RT coming second. The third and the fourth place belong to Soyuzmultfilm and Google Russia that are not regarded as news channels. 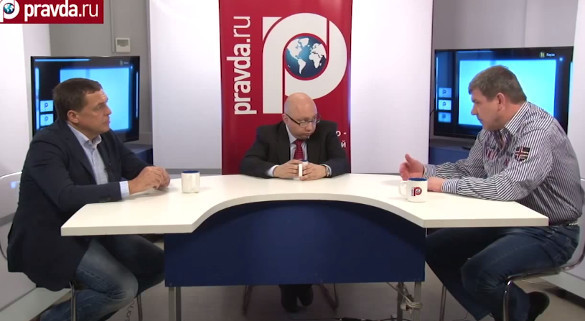 Since October of 2011, the video channel of Pravda.Ru has managed to attract more than 130,000 subscribers. As of today, the number of daily hits on the channel makes up 6 million.

We are very pleased that the work of the Pravda.Ru video channel team was appreciated even with heartless statistics, although, of course, every member of our team values assessments of our visitors and viewers most.

State Duma deputy Yevgeny Fyodorov, who has been a guest of the Pravda.Ru video studio several times, believes that the main reason for the popularity of the video channel of Pravda.Ru is the fact that the channel serves as a "channel of truth in today's world of propaganda."

"People just feel where there is true information and where there's just a propaganda show. That is why they, of course, would like to take a breath of fresh air after breathing exhaust pipe gases. You give people this fresh air. So this is the assessment of your team that you deserve, who can pursue the policy of truth against the backdrop of total lies," said Yevgeny Fyodorov.

The video channel of Pravda.Ru tries to respond quickly to most important events of the day. Of course, it is difficult for us to compete with television giants - not only for financial reasons, but, but also due to the fact that most viewers consider television as the main source of information.

According to our regular guest, well-known spin doctor Anatoly Wasserman, "traditional TV is still preferable simply because conventional television screens are much larger than computer screens, and it is usually convenient for people to watch TV at a distance."

We hope that the video channel of Pravda.Ru will expand its frontiers and gain more viewers and more subscribers.

We would like to thank all our guests for helping us produce the unique and interesting content that distinguishes Pravda.Ru from tens and hundreds of other media.