A member of the Russian State Duma Yevgeny Fyodorov shared his vision of the current situation in the world with Pravda.Ru. He believes that the United States is preparing the grounds for starting World War III. Their plan is to combine all local conflicts together. The United States, when speaking about the fight against terrorism, in fact relies on extremism and terrorism. 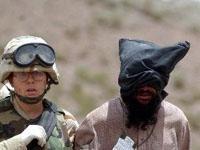 Currently, the world is slipping into a complete destabilization that will inevitably end in a World War. This is precisely why many powers now are testing the ground. This is similar to the situation when the Soviet Union, fighting in Afghanistan, dealt not with the Mujahideen but with the Americans, Bin Laden and the American Stinger missiles.

This was an element of the global opposition and, in fact, a World War between the Soviet Union and the United States of America. The Soviet Union lost the war, was eliminated and enslaved.

The next part of the script is launching a global fire, unleashing a world war, uniting local conflicts into a single system of instability. For this we need to dramatically increase funding for terrorism.

We now see that the United States has dramatically increased the funding of terrorism around the world. The Americans will now act indiscriminately, that is, without consideration of whether they are giving to allies or not allies, friends or not friends.

Take, for example, the situation in Greece. Is Greece an enemy of America? But the Americans lowered its ratings and launched a European crisis.

Is Egypt an enemy of America? No. But the funding was provided, the "Orange Revolution" was organized, and now there are talks about a death sentence for the president of Egypt, who, in principle, was amicable towards the Americans. He was replaced by a more extremist oriented President, and not by accident.