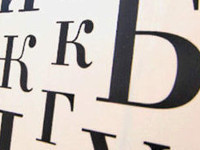 von seiner eigenen.­­--Goethe. (He who is ignorant of foreign

languages knows nothing of his own language.)

German is the world's most graphic language. German for "nurse," Krankenschwester, literally means patient's sister. A light bulb is Glühbirne, literally "glowing pear." The word for present (the present time) is Gegenwart, sort of philosophical, since it means in its two roots "against" and "to wait." German  for surcharge, Zuschlag, literally indicates "a beating up of." The word for adultery is Ehebruch, or "marriage break." The word for to justify is rechtfertigen, or "to finish correctly." "Enemy" in German is Feind, a cognate of English fiend. A fine is Strafgeld, or "punishment money."

In the the English version of Cinderella (Aschenputl), the heroine is said to put on glass slippers; what dangerous walking that would be! The slippers were actually fur; a translator mistook French vers for "glass" (verre). In Spanish, the word for "handcuffs" is esposas, literally "wives"; apparently having multiple wives would be cumbersome.

Another famous mistranslation altered our view of the New Testament and Christianity. Greek translators of the Bible turned "maiden" into virgin, the Virgin Mary, and it has stuck ever since. "I suppose the scholars of the Septuagint could atleast be said to have started something big when they mistranslated the Hebrew word for 'young woman' into the Greek word for 'virgin,' coming up with the prophecy 'behold, a virgin shall conceive and bear a son....'" (R. Dawkins, The Selfish Gene.) Actually, Joseph's Mary conceived Jesus from sexual intercourse.

The Spanish word pregnant is embarazada, an obvious cognate of "embarrassed." An automaker was baffled when their car Nova sold but sluggishly in Latin America. Nova (no va) in Spanish means "it doesn't go." In French, the word for a public urinal is pissotiѐre; the English cognate hardly needs mentioning. Zaftig--having large breasts (said of women)--was defined by the puritanical Reader's Digest as "full-figured" and "plump"--which is not what it means. Many prudish American dictionaries get Zaftig wrong or half-baked. In its Yiddish-German the word literally means "juicy."

The purpose of language is communication, and to communicate clearly several languages ought to be studied.

P.S. Some American college students are told to read The Chicago Manual of Style, a thick tome, supposedly the last word on correct punctuation and writing. But do not buy it or study it, since it is obscure, absolutely unreadable! The manual is one of the most obscure books I have ever seen. Do not waste your time or money on it.

All and Word Power (available through Amazon.com).