Where there is riot - There is gas

Poor Ukraine, they have no idea where they are being lead. Blinded by the rose coloured bifocal spectacles of Democracy and Freedom they cannot see the manoeuvring of the business cartels who with the active assistance of the IMF and World Bank are intent on reducing their country to bankruptcy and the people to eternal servitude; back to the Middle Ages and Serfdom. 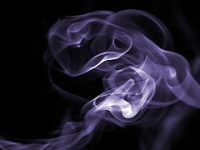 So determined to rid themselves of the corruption of a democratically elected President, they can't wait to whore themselves to the EU pimp who plies Euros in exchange for souls. They are convinced that somehow the West is going to offer a solution to their perceived hardship and corruption that they have suffered. Corruption that has been unleashed by the West on the former Soviet Union through the dismantling of the Soviet System and the ensuing vacuum that allowed the cartels to flourish and take power.  The corruption will continue even after the illegitimate government is installed; it will just be more insidious, pervasive and suffocating and this time - impossible to escape from.

There is no immediate panacea for the malaise Ukraine is undergoing [or some other former Soviet States for that matter]  - in truth, they were better off under Soviet control; at least their welfare was secured. But no, they wanted their Freedom!  Freedom is allowing the business cartels to do what they want in your country - that is Western freedom.

Russia is fighting her way out of the corruption and problems left behind from the collapse of the Soviet system and the treachery of Gorbachev. Putin has been fighting the criminal Jewish oligarchs and slowly dismantling their corruption and hold on power; but this is not an over-night fix. It is a slow fight and one that Putin is winning, against much pressure from the West and within.  Ukraine need(s) to understand that the offer of assistance from Russia, without the austerity package that goes with the EU Europe loan, was really the best deal for Ukraine. Russian sentiment for the Ukraine is fraternal - the EU's sentiment for the Ukraine simply commercial.

I wrote an article - The Ukraine Fireman and "outed" just who was behind the current problem in Ukraine. The article attracted the usual anti Russian commentators including the PRAVDA troll Hjelpsom Mann who pontificated as following:

So the stupid coward who wrote all this nonsense, hateful, nationalistic, disgusting propaganda rubbish does not even dare to tell his or her name...  The Pravda blog is sinking deeper and deeper into rubbish.

I usually refrain from replying about comments but this rant really is not only over the top, it is also outright untrue. From someone who professes to abhor hate speech, this guy certainly spouts his fair share of hate and vitriol toward PRAVDA and Russia. He also engages in presenting ideas of his as facts.  The truth is, I have no problem at all identifying myself and have done so in all the articles I have written for PRAVDA; it just so happened that this time the Editor was so busy that he inadvertently omitted my credit.

As for the inconsequential comment that PRAVDA, unlike CNN, doesn't have reporters on the ground - I've seen CNN reporters on the ground; two of them supposedly across town from each other but both having the same bus and car pass by in the background as they both stood in the same car park!  Or reporting from the "War Zone" in Syria only to be in a made up studio and playing war sounds in the background - yeah, that's real reporting!  PRAVDA offers an alternative to the manipulated News coming from the likes of CNN/VOA and thank God for that!  Bless those Americans who can see the problem and speak against it.

Now for those in the West who should know and for those in Ukraine who need to know, I will outline the game being played here.

Wherever energy is involved, so too is big money and big corporations and big countries - Western countries are corporations, they are businesses listed on the stock exchange so forget any notion of democracy or patriotic loyalty to your country - they are a for profit organisation.

Current turmoil is all based on gas - getting gas to Europe to remove the European dependency on Russian gas and thus Russia's bargaining power over Europe.  Reducing the European market also may well have the effect of reducing Russia's foreign exchange and therefore, wealth of the country.  A weaker Russia, a poorer Russia will be easier for the West to control.

A very large gas find has been made off the coast of Syria, the Leviathan field - which in effect extends outside the Zionist occupied land and Lebanon. Bashar Al Assad was prepared to grant concession to Gazprom and the Russian interests would have controlled this completely.  Guess who had to go - Bashar Al Assad needed to be replaced with a "Free Syria" [euphemism for Western Puppet government].  The Zionists had a vested interest in this, so too Turkey and the Saudis' and a large conglomerate of "International" companies, headed by an American company with a 30% stake would develop the huge gas field and the gas was to be shipped into Europe via Turkey.

But oh dear, Bashar Al Assad was stronger than they though and the people of Syria were prepared to fight - into the third year and the Free Syrian criminals are on a hiding to nothing. Syria will likely get to develop the gas field if they can rid themselves of the infestation of foreign mercenaries and takfiri terrorists.  So an alternative plan needed to be hatched.

The Zionists are going to develop the field with the help of the "international conglomerate".  Pushing aside claims by Lebanon and Cyprus to the field, these penny pinchers of the world are now looking to how they can get "their" gas into Europe. They plan to  by-pass Turkey - notice lately how Turkey has seemingly started to turn against the Free Syrian terrorist; wouldn't have anything to do with them missing out on the gas pipeline now, would it?

The Ukraine already has the gas pipelines crossing it's country which feeds much of Europe and the four puppy states so concerned about the possible gas crisis. The logical solution is to connect the Mediterranean gas with the existing pipeline and get it into Europe quickly. But there is a problem for them here too - Ukraine has a President sympathetic to Russia and reliant on Russia for gas and trade. No problem however for the Neocon psychopaths; just stage yet another coloured revolution, kill innocents, cause confusion,  sow their propaganda message of democracy and freedom and in the confusion, oust the elected leader and install their puppets. With their puppets in place, they can complete the gas pipeline AND the IMF/World Bank gets another victim.  It's a win-win for all concerned and a total loss for Ukraine.

Wake up people - Ukraine - wake up!

I ask anyone, rather than printing your churlish and puerile anti Russian rhetoric, try arguing the facts. Let's see your true IQ Hjelpsom Mann - try thinking of something worthwhile to say.