Denis Telyakov, 24, a student of a Canadian language school, who came from Russia to improve his English, remains in a serious condition after he was brutally beaten at a detention center in the south of Calgary, Alberta, Calgary Herald reports. 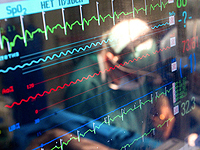 The newspaper said that the attack on the Russian student was not the only incident of the kind that occurred at Calgary's detention center during the recent weeks. Last Monday, 28-year-old Christopher Cook became another victim of inmates. He, like Telyakov, was hospitalized.

Denis Telyakov arrived in Calgary in June to study English at a local ESL school. On August 18, the police arrested the Russian citizen after one of his classmate filed a statement claiming that Denis was threatening him. As Elena Romanova explained, the claimant misunderstood a harmless remark from her brother. "It was misunderstanding," she said.

While Telyakov's family members were trying to arrange his release on bail, inmates attacked the young man on August 20th at night. According to officials, Telyakov shared his cell with two 20-year-old men. The details of the incident are unknown, no charges have been brought against anyone yet.

According to the relatives, the assailants trampled on Telyakov's head, having caused a cranial injury to the man. The Russian was in a coma for several days. He has already come to his senses and began to respond to voices. He can squeeze his sister's hand when she asks him to do it. However, according to the woman, the young man is far from the condition of a healthy person. The police are investigating the incident.

Russian Foreign Ministry demanded the government of Canada should investigate the incident and punish those guilty of the beating of the Russian citizen, The Voice of Russia said.

Romanova also said that her brother was arrested following a verbal fight that the man had with one of his fellow-students. The two men argued because of a woman. Denis said rude words to his opponent, but the principal took them as a real threat and called the police.

Soon after the arrest, the man's family members were told that Denis could be released on $500 bail. While his relatives were searching for a way to make the payment, the man's cellmates attacked and brutally beat the Russian man. Denis Telyakov suffered multiple focal lesions of the brain and slipped into a coma. As reported by Elena Romanova, her brother had spent a month in the hospital in an unconscious state, and doctors believe that the prospects of his recovery are not encouraging.

"The Russian Foreign Ministry is outraged with the situation around Russian citizen Denis Telyakov, who was unreasonably arrested by the Calgary police and placed in a detention center, where he was severely beaten by his fellow inmates. Despite the fact that this incident took place on August 20, and our compatriot, who suffered serious injuries, was hospitalized in a state of coma, the Canadian authorities have not informed Russian consulate offices of the incident," deputy director of the Information Department of the Foreign Ministry of Russia, Maria Zakharova said.

According to the official, Moscow considers "such attitude of the Canadian side unacceptable." We demand the Canadian authorities should take all necessary measures to punish those responsible and pay an adequate compensation to Telyakov, who requires a long-term treatment and rehabilitation," the official added.

Zakharova also said that the charges that were brought against Telyakov, were declared insolvent.

The Russian Foreign Ministry, the Russian Embassy in Ottawa and Consulate General in Toronto do their best to protect the rights of the Russian citizen. "We provide assistance and support and we work very close with the relatives of Denis Telyakov. The Consulate follows the situation closely. We asked the honorary consul in Alberta, Edmonton, Sergei Timoshchenko, to contact the relatives and provide all possible help to find a lawyer and apply for an appeal," Consul-General's Adviser at the Russian Consulate in Toronto told the Rossiyskaya Gazeta newspaper.

Denis has come out of the coma and started to come to mind. Doctors transferred him from intensive care to the neurosurgical department. "Denis is staying at a common hospital, but it is the penitentiary institution that pays for his treatment. If the center refuses to pay for the services, we will use the insurance," the consul assured.