Surrogacy: A form of female slavery? 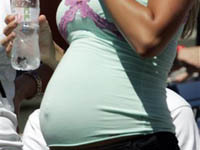 Surrogacy has become a legal way of having a child in Russia. Is it normal when a child is sold long before birth? What kind of a family is it if a woman buys her child instead of delivering one?

The long-expected law about healthcare for the citizens of the Russian Federation has been passed. The law stipulates an opportunity for childless couples to realize their dream via surrogacy. The law can bring only good to Russia from the demographic point of view, the authors of the law said. However, it goes without saying that it is impossible to solve the demographic crisis with the help of one single law. It takes many decades to improve demography. The demographic situation can be improved only when children are raised in families, in their own cultural context. Surrogates and other non-family alternatives are unable to perform this function.

The adversaries of the new law say that surrogate motherhood is a form of female slavery. A surrogate mother rents her own body to someone. A customer has a right to ask for a child with a certain color of the eyes and so on and so forth. What is going to happen if the customer does like the "product" that he or she receives?

The law brings positive changes for the homosexual community. As soon as same-sex couples have an opportunity to have children, they begin active propaganda of their own lifestyle.

Surrogate motherhood stipulates extracorporal fertilization or auxiliary reproductive technologies. All of that can be referred to as "medical experiments." Galina Maslennikova, a specialist for psychic infertility, believes that surrogacy is an extremely problematic method of having children. Many families, who resorted to surrogacy, eventually broke up, the specialist said.

The children who were born as a result of such experiments are usually secluded. They can hardly get along with their mothers and have communication problems with their peers. A surrogate mother may have problems with breastfeeding because of multiple injections. A woman, who accepts a child from a surrogate mother, does not have the instinct of motherhood.

A surrogate mother, who bears someone else's child in her womb, may not wish to give the child away. Human personality starts forming from the moment of conception. The child, who was born without love, may become a crippled individual spiritually.

Also read: Will Russia become another farm for surrogate mothers?

According to Maslennikova, the idea of surrogacy appeared with the idea of safe sex. Now the governments of many countries take measures to make this myth legal. However, any discussion about reproductive rights must begin with discussions about reproductive conduct, which must be based on love always. Any issues of abortions, homosexuality, surrogacy, etc. - they are all related to the issues of human family relations. If such relations are broken, people begin to search for surrogates in everything.

Are there any alternatives? Of course, there are. First and foremost, it is adoption. As experience shows, blood relationship is not as important as the influence of upbringing. Infertility is impossible if a woman has a uterus and at least one tube and ovary. A woman may have lower fertility, but she can not be infertile.

IVF is another option. Doctors take a woman's egg and fertilize it artificially, under "in vitro" conditions (in a test-tube). The embryo develops in an incubator for two or five days. Afterwards, surgeons implant the embryo inside the uterus for further development. The first IVF pregnancy became possible in Australia in 1973. However, it did not become possible to preserve the pregnancy.

Success was achieved in 1977 in Britain. The first IVF baby  - Louise Brown - was born in 1978. In 1990, where were over 20,000 test-tube babies living on the planet. Their number increased to nearly 4 million in 2010. The IVF procedure is most effective in Israel. Israeli surgeons conduct 3,400 IVF procedures per 1 million people every year.

The first child, who was conceived with the help of this method in the Soviet Union, saw the light in February 1986. It was a girl. The procedure was conducted in Moscow's Center for Mother and Child Healthcare.

The USSR started the IVF research in 1965. Tens of thousands of test-tube babies have been born in the USSR and Russia since then. For comparison, the number of such children in France is more than 200,000 people.