Will Russia become another farm for surrogate mothers? 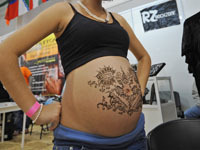 On October 21, the State Duma gave a second reading to the bill "About the protection of health of the citizens of the Russian Federation." The bill has a handful of unexpected novelties. The document particularly stipulates the legalization of the commercial basis of surrogate motherhood. The bill also allows children's donorship - the transplantation of organs.

Surrogacy has not been legalized in Russia yet. This option is mentioned in the order of the Healthcare Ministry as a way to solve the problem of infertility. Surrogacy is not banned either - it is not categorized as malefaction. The market of such services in the country is quasi-legal.

It seems that the Ministry for Healthcare and Social Development has decided to change the situation. The new bill allows the official commercial usage of this untraditional option against infertility.

Also read: Children to choose their parents and representatives

We have already reported before that the Committee of Ministers of the Council of Europe also considers the bill which specifies children's and parents' rights. The European bill also pays a lot of attention to the legalization of surrogacy. The authors of the bill believe that it will create equal rights for both biological and foster parents.

First and foremost, it goes about homosexual couples. They will be able to resort to surrogacy to solve their main problem - procreation. In case the bill is passed, it will be of advisory nature for the members of the Council of Europe.

Russia's Healthcare Ministry wants to legalize surrogacy in the near future already. It may seem that the supporters of surrogacy have a win-win situation: they want to help infertile women.

Indeed, about 17 percent of family couples in Russia suffer from various difficulties connected with childbearing. However, medical specialists say that this diagnosis - "infertility" - is a lie. Galina Maslennikova, a specialist for psychogenic infertility, says that as long as a woman has a uterus, she has a chance to give birth to her own child naturally. Maslennikova has been helping such couples for many years. She has up to 3,000 patients every year. Eight percent of those couples become happy parents without any kind of help from anyone.

Also read: Market of surrogate motherhood gros like a weed

There is another important aspect here. It goes about serious risks that may emerge both for mother and child during the process of artificial insemination.

Gynecologist Alexander Novitsky said that the risks of a lethal outcome for a woman may reach 75 percent. The reason for that lies in the powerful hormonal stimulation, which a woman has to receive for the successful replantation of the embryo. The hormonal stimulation affects the cells of the embryo too. This is the reason why many IVF children have serious congenital abnormalities.

According to Galina Maslennikova, "a child, who was carried without love, will become spiritually crippled."

Surrogate mothers also pay a high price for their services. Many of them suffer from very serious psychological and physical damage. Surrogacy is officially banned in many European countries - Germany, France, Italy, Poland.

The people, who make such laws, are not really interested in the above-mentioned problems. First and foremost, this is a lucrative market for them. The farms for surrogate mothers already exist China and India, where the percentage of impoverished population is very high. It appears that Russia may join those countries soon. Russia has a very big and competitive advantage: the European looks of local citizens. The rates may reach $20,000. One may not doubt that many women will decide to brave this option just for money.

However, in accordance with Russian laws, the legitimate mother of a child is a woman, who gave birth to this child. Russian courts may often refuse to legalize the children born from surrogate mothers. As a result, foster parents are unable to officially register such children as their own despite all payments made. The official legalization of surrogacy will only increase the number of such conflicts and problems.

Officials can only shrug all of that off.

Another moot question in the bill is the permission to use children's organs in transplantology.

"Many countries have refused from this practice because it is impossible for them to handle the risks of corruption," Olga Letkova, a legal expert of the association of parent committees said.

Furthermore, in accordance with the bill, Russian parents will not be able to control the health of their children after they turn 15 years old. To put it in a nutshell, early pregnancies and abortion, let alone sexually transmitted diseases will be hidden from parents. Parents will not be allowed to approve various actions that medical specialists may want to take to their children.

There are other doubtful novelties in the bill. They include coercive sterilization and abortions for mentally unbalanced women.

Interestingly enough, all these regulations have reached a second reading in the Duma. No one has even tried to express any objections.

Parent committees and associations have approved an address to the Russian president to stop the dangerous bill which undermines traditional family values in Russia.