The Olympic bear of discord 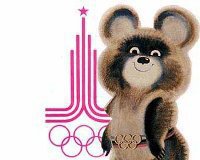 The marathon connected with the choice of mascots for the Winter Olympics 2014 in Sochi has ended. However, the finale triggered new discussions and even a scandal. Many Russians did not like the fact that there would be three mascots for the Games instead of one. What is worse, one of the chosen mascots is considered to be a rip-off.

The all-Russian action to collect ideas for the mascot of the Winter Olympic Games in 2014 was launched in September 1. Anyone could send their ideas to the committee for the competition. The committee members - artists, marketologists and athletes - picked the most outstanding candidates. Finally, the whole country chose the best mascots through SMS-voting.

As a result, the Winter Olympics 2014 in Sochi will have three different mascots: Barsik, the leopard, Mishka, the bear, and Zaika, the hare. It is worthy of note that Prime Minister Vladimir Putin gave his personal preference to Barsik, the leopard. "I like the leopard. It's a very strong, powerful and fast animal," he said prior to the voting, at the meeting with representatives of student organizations in Sochi. Twenty-eight percent of the voting Russians shared Putin's sympathy for Barsik.

Also read: And the mascots are...?

Nevertheless, the leopard received mixed reactions in the Russian society. As it turns out, the Russians do not believe that the leopard is an animal that symbolizes Russia. The bear and the matryoshka dolls - these are the most internationally recognized symbols of Russia, many bloggers say.

However, the bizarre-looking blue and furry toad was holding leadership on the website of the Organization Committee for a long time, owing to bloggers' efforts. There were other strange-looking candidate mascots on the list as well: Churchkhela on skis, the Union of the Corner and the Oval, the French bread and the Russian vodka glass Stakasha, which was designed to look like an athlete.

That said, it would have been immature to be guided by the opinions of the Russian blogosphere. Judging upon the experience of other countries, one does not have to choose iconic national symbols as sports mascots. Take a look at the mascots of the 2012 Games in London, for example. The Olympic mascots for the Games in London are two one-eyed creatures Wenlock and Mandeville rather than the double-decker bus or fish and chips.

Many Russians believe that the Olympic Games in Sochi will have too many mascots - three. Three is a crowd, as they say. Svetlana Khorkina, a multiple Olympic champion in gymnastics, said in her interview with Pravda.Ru that the Games must have only one symbol.

"I hope that the people will eventually choose one mascot out of the three," she said.

Khorkina believes that one could have three mascots at once only if they looked alike and had the same idea, as it was, for example, at the Olympic Games in Beijing.

Basketball player Sergei Tarakanov, an Olympic champion of 1988, shares different thoughts on the subject. According to him, Russia is too large to choose only one mascot. Different mascots are good for Russia, the athlete said. "This is business, which is supposed to bring profit for the country," Tarakanov told Pravda.Ru.

The designer of the legendary Olympic Mishka (Bear) of the Olympic Games in 1980, Viktor Chizhikov, added more fuel to the fire. Chizhikov criticized the new mascots and said that the new Mishka looked like the old one.

"I immediately noticed that the new white bear looks like my my little bear. Just look at his eyes, nose, his smile. They made him a bigger nose for some reason, it looks like the nose of an alcoholic. They put all that to the unimaginable volume. It seems that my bear has been dismembered. I'm not being greedy here, but I think that when you copy something that someone else has done before, you should acknowledge that honestly," MK quoted Chizhikov as saying.

In addition, none of the mascots reflected serious attitude to business, the artist claimed. However, Chizhikov does not hold the copyright for his work of art, so he can not even sue the new designers.

"All the rights, including those on the white bear, have been protected. There is no legal problem about the mascots at all. I would like the images of the bears to work together. If the love for the mascot of the 1980 Olympic Games comes together with the love for the white bear, it would be great for the project," Dmitry Chernyshenko, the president of the Sochi-2014 Organization Committee told Interfax.