Sochi: And the mascots are...?

The Russian people entered a real-time campaign this weekend to choose the mascots for the Winter Olympic Games in Sochi, 2014. The process finished when three candidates were short-listed from a pool of 24,000 sketches sent to the organising committee. And the winners are...? 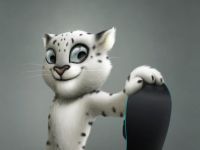 The original 24,000 candidates sent by Russian citizens to the organising committee for the Olympic Games mascot were streamlined down to thirteen, which included a dolphin, a polar bear, a brown bear, a snowflake, matryoshka dolls, a bullfinch, a hare, a snow leopard, Grandfather Frost and Fire Boy. 1.4 million Russian citizens participated in the final choice, sending SMS messages and making telephone calls, to select the snow leopard (28%), the polar bear (18%) and the hare (16%).

Fire Boy and Snowflake were chosen for the Paralympics.

The snow leopard was the favourite mascot for Prime Minister Vladimir Putin, who stated that he wanted it to win but also that this was his personal choice and should not influence the voting. It was designed by Vadim Pak, from the Far Eastern city of Nakhodka. He said, "I had an image of snow leopard as an immediate association with Sochi. Sochi lies in the Caucasus, and show leopards live in mountains. That's why I started drawing them. I drew lots of sketches before choosing the best one and sending it by post."

Oleg Serdechny, from the host city itself, drew the polar bear. In his opinion, "I think choosing three mascots was the right decision. As a team, we have more chances to successfully perform at the Olympics." 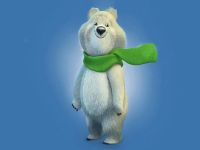 Finally, the hare was the work of Silvia Petrova, a sixteen-year-old girl from the Republic of Chuvashia. She envisaged a white and furry hare in her mind as the mascot for the Olympic Games and explained:  "I had little time. I drew the hare and submitted the drawing on the same day".

Channel One broadcast the results on Saturday afternoon. 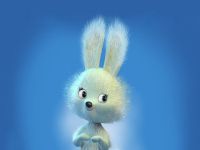 The competition was launched on September 1 2010, the idea being, in the words of the organisers "to encompass a range of features characteristic of Russia, and at the same time be intelligible to people of every age, profession and nationality."

When explaining why he liked the leopard best, Vladimir Putin showed his interest in animals and the environment, a theme which has been constant among his preoccupations and interests. "The leopard is strong, powerful, fast and beautiful. The leopard species were killed off here in the Caucasus, but now they are reviving," he stated at a meeting with students in Sochi.