Sleep-walkers may severely harm themselves or cause serious damage to other people, but they cannot be held responsible for such actions

Sleep-walking or somnambulism is a widely-spread phenomenon. Millions of people – about 2.5 percent of the world's population – stand up and walk in sleep on a regular basis. About 25 percent of sleep-walkers may harm themselves during their nights of wanderings. Some of them may walk out of windows taking a window for a door. Some stories say that sleep-walkers can get in a car, start the engine and drive many kilometers away. Doctors say that such stories are untrue because sleep-walkers have inhibited reflexes. A sleeping person can start the engine of his or her car indeed, but the spontaneous night-driving will quickly end with an accident. 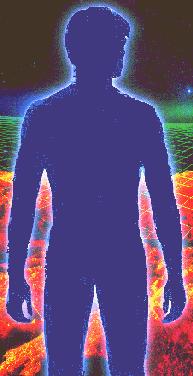 Sleep-walking is frequently observed with children, although the disease disappears with age. As a rule, psychologically healthy children may suffer from somnambulism during troublesome periods. Specialists explain adult somnambulism with stresses, anxiety and sometimes epilepsy.

Scientists came to conclusion that the development of somnambulism is connected with specific changes of certain genes. The activation of modified genes may eventually paralyze the nerve system which does not let people wake up. The mechanism which makes people sleep-walk at night is still unknown, though. A series of experiments conducted with somnambulists showed that the disease could definitely be categorized as a genetic disorder.

Modern medicine does not consider the moon to be the reason of the mysterious disease. However, full moon makes the majority of somnambulists walk in sleep. If a person walks at night regularly, doctors recommend taking special measures to save patients from traumas. One should lock windows and doors in the house and take all fragile and potentially dangerous items out of the bedroom. In most severe incidents, somnambulists can tie themselves with a rope to bed.

A Canadian man, Ken Parks, went out of his house in 1987 while sleeping. The man got into his car and drove 23 kilometers to the house where his wife's parents lived. He quietly entered the house, strangled his father-in-law, stabbed his mother-in-law and started walking about the house still asleep. The man was woken up by the police. Ken Parks was found not guilty of murder, because he had committed the crime in the state of somnambulic dream. Specialists say that sleep-walkers cannot be held responsible for their actions, because they do not realize what they do.

There is no medicine or medical technique to treat somnambulism. Scientists believe that stress is the main factor which makes people suffer from this disease.  People may become sleep-walkers if their sleep is regularly interrupted three or four times at night, or if they speak while sleeping.