It is an open secret that bees play a highly important role in our life, even though we may not even notice that. Bees take part in the pollination of crops that give mankind a third of all food resources. Other insects take part in the pollination as well, but bees are responsible for up to 90 percent of the process. Albert Einstein said once: "If the bee disappeared off the face of Earth, man would only have four years left to live." 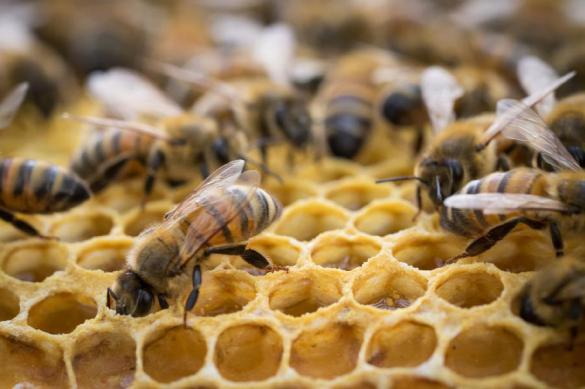 The crops that bring us most of our food provide for 35 percent of calorie intake, as well as for most minerals, vitamins and antioxidants. Nuts, melons and berries will not grow without pollinating insects. Bees also pollinate citrus fruits, apples, onions, broccoli cabbage, zucchini, beans, peppers, eggplants, cucumbers, tomatoes, beans, coffee, cocoa, avocados and coconuts. The production of these crops belongs to most valuable segments of the global food industry. Thus, the disappearance of bees from our planet will at first trigger a major food crisis that humanity has never seen before.

Scientists started registering the process of the mass extinction of bees all over the world in 2006. In the USA, up to 30 percent of bee colonies die every winter. Over the past 50 years, the production of bee-dependent agricultural products has quadrupled, but the number of bee colonies has halved.  The quantity of bees per hectare has decreased by 90 percent.

The phenomenon became known as Colony Collapse Disorder or "bee flu." Europe loses 20 percent  of bee colonies every year, and once can observe a similar trend in the USA and Asia. As for Russia, the Russian Ministry for Agriculture reported that bees die out massively in several regions of the country.

Representatives of the Ministry for Agriculture of the Russian Federation said that due to the high bee mortality in a number of regions of the country, the beekeeping industry suffered a significant material damage. The scale of the disaster is still difficult to assess. The cause of the death of insects remains unclear too.

Over the past ten years, the number of bee colonies in Russia has decreased by almost 20 percent. The problem is not about financial losses that beekeepers incur - the problem is about the possible food crisis that may strike the whole world.

In the summer of 2019 in Russia, mass bee mortality was recorded in the Tatarstan republic, in the republic of Bashkortostan, in Bryansk, Voronezh, Lipetsk, Kursk, Ulyanovsk, Moscow, Tula, Nizhny Novgorod, Ryazan, Rostov, Saratov, Smolensk regions, in Mordovia, Udmurtia, Mari El, Krasnodar, Altai, Stavropol and other regions.

Specialists started looking into the problem, but the research will take months. However, scientists already say that bees die on a massive scale because of the use of pesticides and herbicides on agricultural fields. To make matters worse, authorities do not inform beekeepers about the time, place and peculiarities of the chemical treatment of crops.

Over the recent years, scientists have recorded a rapid decline in the number of domestic and wild bees, as well as many other insects, including butterflies, on all inhabited continents. Over the past five-ten years, the population of wild bees has decreased by 25-30 percent, whereas the quantity of domestic bees in the United States halved in 2015.

It is worthy of note that the population of monarch butterflies and cabbage butterflies in the United States has mysteriously declined by about a third during the last 25 years.

In addition to humans and global warming, the population of bees and butterflies decreases because of new viral infections and parasites, such as Varroa mites, as well as herbicides and pesticides that change the behaviour of insects or their development program.

The quantity of 75 percent of lepidopteran insect species living in the north of the United States has been declining for 25 years. Over the past 40 years, their population has dropped by 45 percent, which is higher than in Europe and other parts of the world.

A report from the United Nations said that bees disappear eight times faster than mammals, birds and reptiles. Agriculture, mining and manufacturing industries make our life comfortable, but these industries require deforestation and swamp drainage. These activities destroy natural ecosystems, pollute the atmosphere, the world's oceans and contribute to global warming.

Germany, France and Italy already banned certain types of pesticides. In the UK, they revise rules for the use of pesticides after it was found that they can impair the memory and immunity of the bee. At the same time, mankind can no longer exist without fertilisers. The population of the Earth grows by 70 million people every year. To crown it all, the USA, Argentina and the EU use a significant amount of their grain harvests for the production of biofuels for eco-friendly cars.

Some experts blame cellular communication systems. It was established that the population of bees decreases noticeably in places where cell towers are installed. However, bees avoid any other type of hostile energy, whether it goes about cell towers, power lines or any other radiation.