Elon Musk's secret Zuma satellite worth billions of dollars burnt in the atmosphere after the spacecraft failed to separate from the second stage and crashed back on Earth. 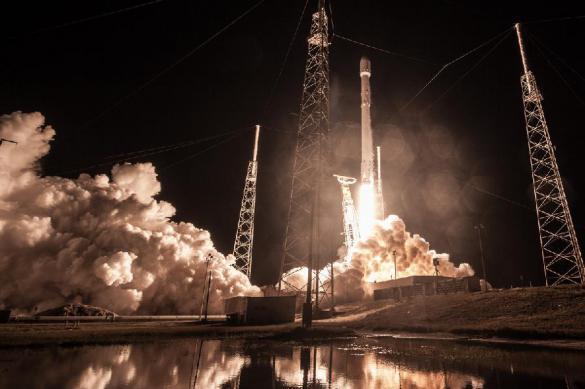 The Zuma satellite, made in the interests of the US government, was launched from Cape Canaveral on Sunday evening. Nothing is known about the purpose of the satellite, except for its name and maker (Northrop Grumman Corporation). The information about the parameters of the orbit of the satellite and its purpose was classified.

The launch went well, and after a while, as it should have happened, the first stage of the Falcon 9 rocket successfully returned to the ground. However, SpaceX did not confirm the success of the rest of the mission.

On Monday evening, it was reported that the payload fell to the Earth along with the second stage of the Falcon 9 rocket.

Ground resources of the Strategic Command of the US Armed Forces, which track the movement of more than 23,000 man-made objects in space, failed to detect the satellite in orbit. SpaceX interrupted the live broadcast of the launch and switched to the landing of the first stage.

The Sunday launch was the third launch of the military satellite that Elon Musk's Space X has conducted for the US government. In May 2017, the company put into orbit the NROL-76 spacecraft, manufactured for the National Defense Intelligence Agency of the United States. In September, Musk launched the secret X-37B mini-shuttle, capable of staying in space for a long time to perform various tasks and then land like an airplane on an airfield.

The failed launch of the Falcon 9 missile may strike a serious blow to Elon Musk, who had a successful year in 2017 in terms of trouble-free operations and the total number of launches.

Space X plans to carry out about 30 launches in 2018 against 18 in 2017. The company was planning to launch the Falcon Heavy rocket already in January. The super-heavy rocket is based on three returnable first stages, similar to those of the Falcon 9 rocket. However, the failed launch of Zuma satellite will make Elon Musk rethink his plans for 2018, experts believe.