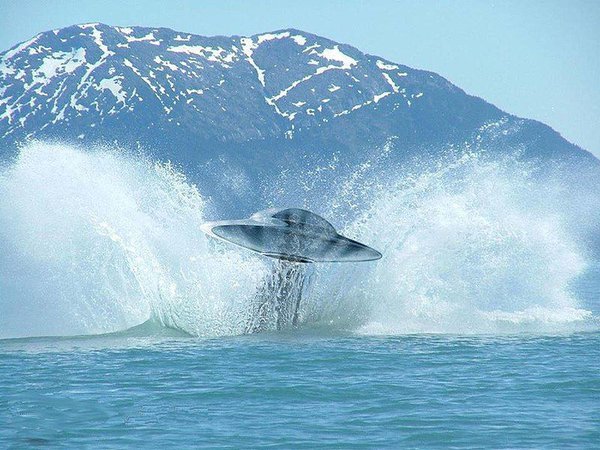 So the Pentagon did have a UFO project and it was based on evidence. New light has been shed on the age-old mystery surrounding the famous "weather balloons", flashing lights and hovering objects. The program ran this decade and was funded by millions of dollars.

The story broke this weekend in the USA and is now glossing the pages of the international press across the world. At the center of the storm is the admission by the Pentagon that it ran a UFO program between 2007 and 2012, after which it was closed down due to cost-cutting measures. Or was it? The New York Times states that the program is ongoing and new investigations have been carried out on fresh reports of incidents. Indeed the former director of the program admitted to the same source that the project was ongoing and that it had a new director.

What were the incidents?

The documentation made available today by the Pentagon does not include all of the original reports - some of them are still classified information. The incidents included aircraft moving at unnaturally high speed, without any visible means of propulsion, and others hovering in one place; there was the case of the Phoenix Lights, in which a gigantic triangular spaceship was observed; encounters between US military aircraft and unknown flying objects, one of these being an oval object chased by two jets scrambled by the US Aircraft Carrier Nimitz in 2004; another was a US jet surrounded by a fleet of glowing rotating spacecraft.

This comes after the thousands of sightings between 1947 and 1969 gathered under an American Air Force project. Of the 12.000 sightings, some 700 were unexplained.

Conclusion: The constant denials by US authorities that UFOs and alien lifeforms are uinder active investigation are blown apart; and the notion remains that in stating that the program is terminated when it fact it is not, can be a very suspicious sign of an attempted cover-up of something they have encountered. Especially when Russia and China are way ahead of the USA in this field and are far more open about the research programs.