The Bermuda Triangle known for its mysterious shipwrecks and air crashes gradually loses the  status of an "anomalous zone." 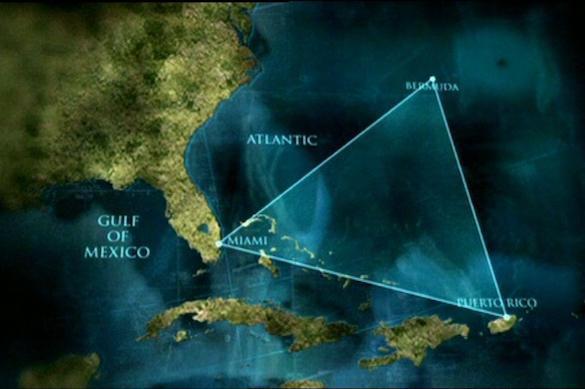 Australian scientist Karl Kruszelnicki, seems to have dispelled the mystical halo that has been surrounding this place in the Atlantic Ocean for decades. The researcher has proved that the number of accidents in the area of the Bermuda Triangle is the same as in any other part of the world.

To come to this conclusion, Kruszelnicki analyzed the number of disasters that occurred in the region.

The Bermuda Triangle has an ill reputation due to numerous publications on the subject. Charles Berlitz's book "The Bermuda Triangle," which was published in 1974 in a huge circulation,  made the region famous worldwide. The book was translated into 30 languages.

Scary and mysterious stories always attract people's attention. The reputation of the Bermuda Triangle became darker after Flight 19 - which consisted of five TBM Avenger Torpedo Bombers - took off from a US Naval Air Station in Florida on a routine training mission and disappeared on December 5, 1945. Fourteen crew members were on board but a total of 27 men vanished that night. A Martin Mariner seaplane with 13 men on-board was deployed to find the missing aircraft but the aircraft disappeared too. No wreckage or human bodies were ever found.

The Australian scientist believes that all of such phenomena have a simple explanation. According to Kruszelnicki, the human factor is the prime reason. Charles Taylor was the only experienced pilot in the group of the aircraft that disappeared above the Bermuda Triangle in 1945. Taylor had a hangover during his last flight and he had forgotten his watch at home.

"Taylor arrived with a hangover, flew off without a watch, and had a history of getting lost and ditching his plane twice before. The plane that went to rescue then went missing was seen to blow up. It didn't vanish without a trace," Karl Kruszelnicki said. "If you read the radio transcripts some of the junior pilots are saying, 'Why don't we fly to the west?', and the pilot says, 'Why don't we fly to the east?'" he added, suggesting Charles Taylor was responsible for the flight's fate.

Of course, events could develop on a different scenario. "Mariner" type aircraft used to be called "flying gas bombs" as they could explode even because of a spark. It is believed that the planes crashed during stormy weather, when high waves swept over them and the planes sank within minutes.

It is also easy to explain why most of the accidents that occur in the infamous Bermuda Triangle leave absolutely no traces of either transport means or people. To answer this question, one only needs to think about the vastness and the depth of the Atlantic Ocean. Needless to say that rescuers of the past did not have even a tenth of modern-day technology and equipment.