MERS-CoV: The Black Death of the XXI Century waiting to pounce

Predictably, as with the Influenza A H1N1 outbreak, the World Health Organization is taking a cavalier attitude towards MERS-CoV, or Middle East Respiratory Sindrome-related Coronavirus, which appeared in Saudi Arabia in 2012 and in five years has caused 2.027 cases and 710 deaths, a mortality rate of almost 30 per cent. 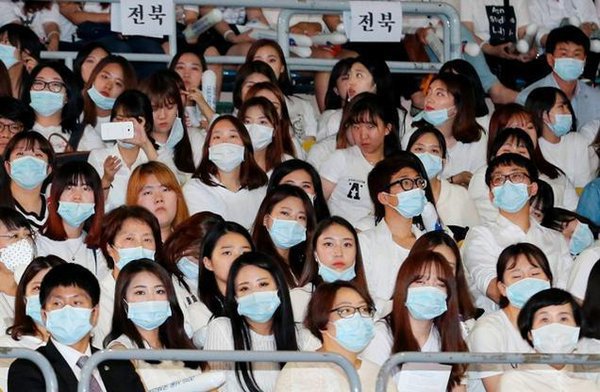 With Influenza A (H1N1) in 2009/10, the response of the WHO was to sit back and inform us as the virus went through the six phases until reaching Pandemic status. By then the pharmaceutical industry had prepared billions of doses of an anti-viral medicine which made those involved a fortune (many countries bought up too much stock then destroyed it) and which was linked to neurological disorders and death in a number of cases around the world.

In the last two years there have been around one thousand new laboratory-confirmed cases of MERS-CoV, a unique strain of Coronavirus (which causes the common cold) endemic in the Middle East and linked to contact with camels. However, the virus can be transmitted from human to human and has since spread to the Far East.

The World Health Organization admits that there are proven human-to-human chains of transmission, admits that "the risk of individual travelers becoming infected and bringing the coronavirus back to their country could not be avoided", yet with this highly pathogenic illness (with its 30 per cent mortality rate), the WHO does not recommend any travel restrictions. Does this make sense? If this deadly disease becomes a global pandemic, which it is threatening to do, it will kill over one third of its victims, becoming the twenty-first century's Black Death.

Can we ask if there is collusion between WHO and the Pharma Lobby?

Once again we see the WHO standing back, stating that the spread of MERS-CoV to the Far East does not constitute a "public health emergency of international concern". So we may ask, how competent is the World Health Organization in handling such outbreaks? Or can we also ask, is there any collusion between the WHO and the pharmaceutical industry in allowing diseases to reach pandemic proportions so that the pharma giants can make billions?

May I make a prediction? Here it is: MERS-CoV will one of these days raise its human-to.human transmission capability until the point at which it is easily transmissable like any common cold or Influenza virus, after all it is a strain of Coronavirus. When this happens, it will break out of its Middle Eastern and Far East bastions and sweep around the world, infecting a third of the population and killing one third of these. All we have to do is to multiply the current number of infections and eaths by one million, and we get 2 billion infected and 700-750 million deaths.

It kills 30% of those infected and is particularly dangerous for the elderly, those with suppressed immune systems (including transplant patients) or with chronic diseases such as diabetes, cancer or chronic lung disease.