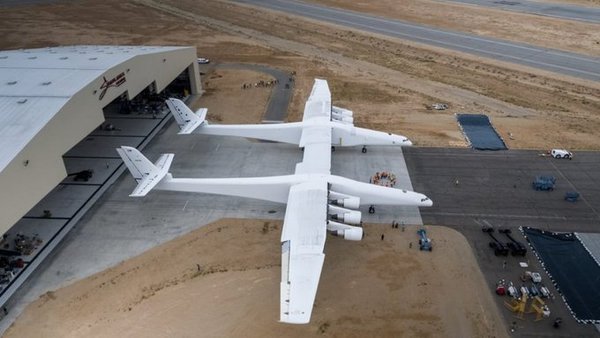 It goes about the recent rollout of the Stratolaunch aircraft - the world's largest airplane designed as an air platform for launching carrier rockets. The photos and videos of the new aircraft immediately rose many questions among aerospace experts.

The idea of a mid-air launch that would exclude the use of complicated launch pads, their infrastructure and many days of preparations, was developed during the rise of the Soviet Union.

The USSR was trying to build an aircraft capable of carrying a 100-ton rocket. The aircraft was also supposed to have a transport compartment capable of housing a 30-meter construction." The project was known as "Hercules" super-carrier.

The Soviet "Hercules" (also known as the "Molniya-1000") was supposed to be a triplane capable of lifting 450 tons of payload. However, due to the perestroika and the collapse of the USSR, the project of the six-engine super aircraft did not reach the production stage and was forgotten.

However, it was the Yeltsin government, but not Russia's "Western partners" that forgot the project. After the Stratolaunch aircraft was rolled out of the hangar, experts noted that the US and the Soviet aircraft looked identical. In addition, the flight range (3400-3500 kilometers) and the launch altitude of the two super aircraft are identical as well. Even the type and number of missiles (from one to three) are the same. The difference is about the payload: 450 for the original Soviet version and 340 for the present-day American version.

This is not the first time when the USA borrows ideas from the Soviet Union. The USA's supposedly innovative and breakthrough shuttle Dream Chaser was a ripoff too.

"The outlines of this vehicle were photographed during the test flight and the descent of the Soviet BOR-4 spacecraft, but SpaceDev engineers failed to recreate the wing mechanization, the landing system and the onboard electronics of the Soviet aircraft. The only thing American specialists succeeded at was the aerodynamic system and the wing configuration, although they made a number of serious errors there," experts say. 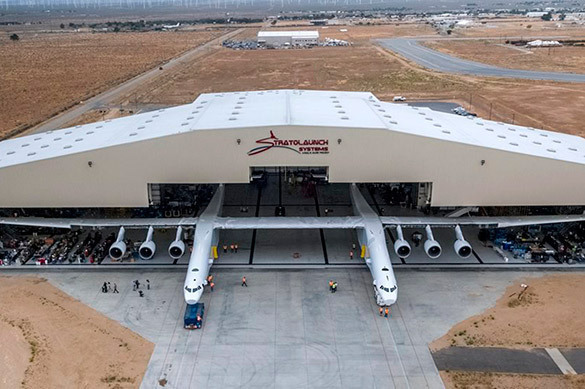 The USSR tested its vehicle, BOR-4, in 1982, whereas the US analogue appeared only 30 years later.

"In June 1982, a test flight of the BOR-4 vehicle captured the attention of America's intelligence community. Launched from the Kapustin Yar missile test range in Astrakhan Oblast, Russia, the BOR-4 splashed down in the Indian Ocean, where the Soviets recovered it. During this recovery, a Royal Australian Air Force P-3 Orion reconnaissance aircraft flew over the site and took photos of the space plane," a report said.

"They had stolen the entire design. We can see that the Americans developed an identical product, the parameters of which coincided with those of the BOR-4 spacecraft,"  IT expert and publicist Ruslan Karmanov said.