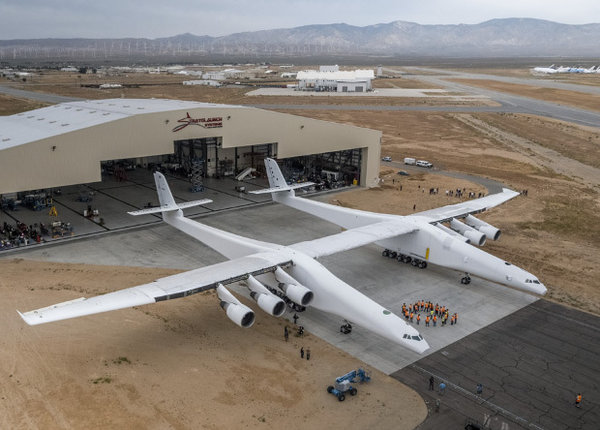 Engineers have conducted fueling tests for the new Stratolaunch aircraft. The transport aircraft is the largest airplane in the world.

Engineers currently proceed to ground and flight tests of the liner. The first flight is scheduled for 2019. The Stratolaunch aircraft was developed as an air platform for launching Pegasus XL carrier rockets.

aircraft aviation largest in the world
12:23
Conscript soldier opens fire on National Guardsmen in Dripro, Ukraine
16:26
Russian nuclear submarines already on duty off US coasts
15:24
Russia sends 20 warships to the Black Sea to contain NATO
14:13
Russia deploys Su-35 fighter jets, paratroopers and S-400 systems in Belarus
21:35
World War Three: What Russia can do to bury Ukraine and herself
19:00
Liz Truss, the epitome of Lite Western diplomacy
16:23
Russia to decide on the deployment of nuclear arms in Venezuela this week
16:01
Russia launches operational readiness check at southern military units
14:34
Russia and China hold joint naval exercises in Arabian Sea
12:17
Woman dives into ice-cold water to die before the eyes of her family
Health
Four mutants of the coronavirus