The Russian segment of the International Space Station may separate from the station. Russia's Federal Space Agency Roscosmos is also currently looking into the need for the presence of people in orbit. Do people still have to live on board the ISS or is it possible to entrust space exploration to robots? 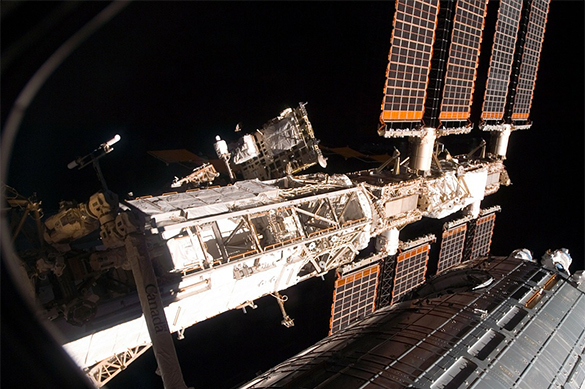 These issues were put on the agenda of the meeting of the Military Industrial Commission for the development of Roscosmos until 2030.

According to Vice Prime Minister Dmitry Rogozin, the industry needs customers interested in the result. He referred to the International Space Station, where scientific experiments had been prepared ten years ago, and it can hardly be possible to find those who started the work. Rogozin is certain that one needs to understand whether the presence of people in space is necessary as space exploration objectives can be entrusted to robotic devices. Russia also needs to increase the reliability of its carrier rockets that has decreased in recent years.

Chief designer of Russian carrier rockets, Alexander Medvedev, agrees with the need to solve the question of the superheavy carrier rocket. According to him, Russia does not have the spacecraft similar to the secret American satellites that can be launched to geostationary orbit.

According to the new strategy of Roscosmos, the works on the construction of the superheavy carrier rocket are to begin in 2028, whereas the development of the reusable rocket stage is to begin in 2030. In addition, a scientific Russian module will be sent to the ISS by the end of 2018. Two more modules will be launched before 2020.

Pravda.Ru requested an expert opinion from Andrei Ionin, chief analyst of the Russian Academy of Cosmonautics.

"The Russian segment of the ISS may separate from the station after 2024. Is this discussion timely? Do you think the proposal can be real?"

"Actually, this is not a problem. Now is the time when one needs to make a decision about the ISS. The station will exist before 2024. Seven years is the period when one needs to understand that there will be no International Space Station after 2024.

"For the time being, we are discussing different options, although one should have done it a lot earlier. The space station of the future must also be an international project. Such projects need to be discussed long in advance.

"The key question here is not about the size of the station or its location in space - whether it is going to orbit the Earth or the Moon. The key question is about international cooperation. We need to understand who our partners are. All other questions are secondary. Clearly, Russia and China can build such stations, but this is not a question of technologies or finance. Russia solves secondary questions related to modules and their functions. I believe that Russia and China can be very good partners at this point."