Russians to simulate flight to Mars in 2018

Next year, Russian citizens will be able to take part in the simulation of a flight to Mars as part of a major NASA experiment. The project was developed by the University of Hawaii. The volunteers will have to spend several months living under conditions close to real. 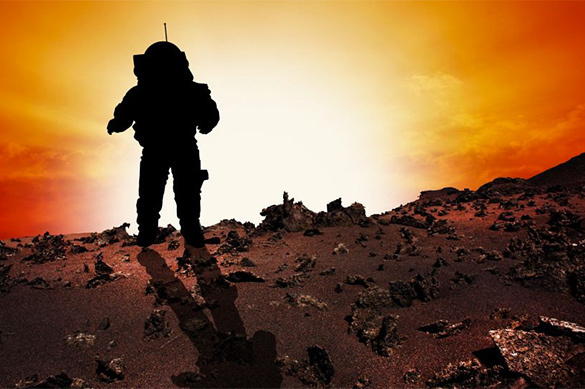 The participants of the experiment will be living in complete isolation in a special facility on the slope of sleeping volcano Mauna Loa on the Hawaiian Islands. The group has already been formed, but their names have not been disclosed to the public.

This experiment will be the sixth stage of the program for training Mars researchers, which was developed in cooperation with NASA.

Earlier, it was reported that first Mars colonisers will be sent to Mars as early as in 2032. The group of 1,000 people, willing to move to Mars, has been formed, representatives of Mars One company said. Afterwards, new colonisers of the Red Planet will be arriving every two months. The number of American citizens in the group is the largest - 297 people. The list of applicants also includes 52 Russians.

Not that long ago, Mars Reconnaissance Orbiter found another proof for the existence of water on the Red Planet. The rover found salt rivers on Mars, but the composition of water has not been analysed yet. If the water contains chlorine and salt, it will mean that life on Mars is possible indeed.

Scientists from the Russian Academy of Sciences believe that the existence of "water oases" with primitive forms of life on Mars is possible. The "oases" can be located in the circumpolar regions of the Red Planet.

Billions of years ago, Mars had the Earth-like atmosphere. The magnetic field of the planet gradually disappeared and the solar wind quickly destroyed the atmosphere.