The first compact flying car will be unveiled to the world in the summer of 2017, representatives of the Californian startup Jetpack Aviation (JPA) said. The new vehicle will be equipped with six engines and will fit in a conventional single garage. 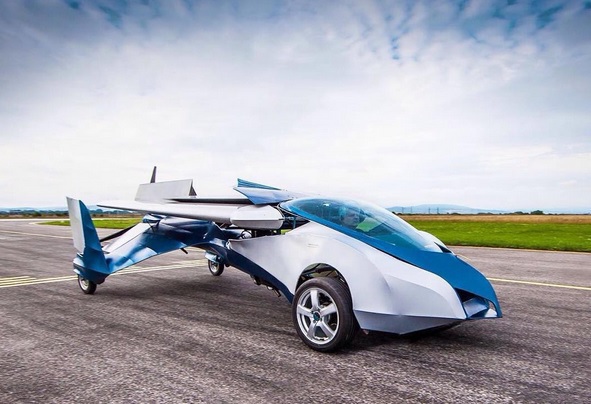 The compact single-seat vehicle will be designed to fly at the height of two meters above the ground at speeds of up to 150 km/h. The reason behind such a technical solution is the fact that world's major airlines already develop high-speed flying vehicles, whereas JPA is focused on lighter and safer designs.

For the time being, it remains complicated to register the concept of flying vehicles to be able to use them. Some of them are not allowed for use outside range grounds, while other vehicles are  recategorized as small-engine aircraft and therefore require special licenses. However, the law may change against the backdrop of the technological development.

Noteworthy, Russia's Foundation for Advanced Studies assigned three million rubles for the development of vertical takeoff aircraft that would be capable of transporting both passengers and cargoes.

Project manager Yan Chibisov said that the new product is supposed to be a "flying car" type of vehicle from the point of view of easy piloting and accessibility of runways.

Organizers say that the project will create a demo of either a vertical or a ultrashort take-off aircraft      (from a 50x50 meter launch pad) to transport passengers and cargoes weighing from 100 to 1,000 kilograms. The results of the contest are to be announced in early May.

Israeli company Urban Aeronautics announced that it was going to launch a serial production of an unmanned "flying car" - Cormorant - by 2020. An Israeli-made "flying car" will be available for $14 million. It took the company nearly 15 years to develop the vehicle.

According to engineers, such vehicles can be used for the evacuation of people from disaster-stricken areas, as well as during military special operations in dense urban areas. Cormorant's blades are securely hidden and protected, unlike those of a conventional helicopter. The Israeli flying vehicle will thus be able to safely maneuver between buildings.