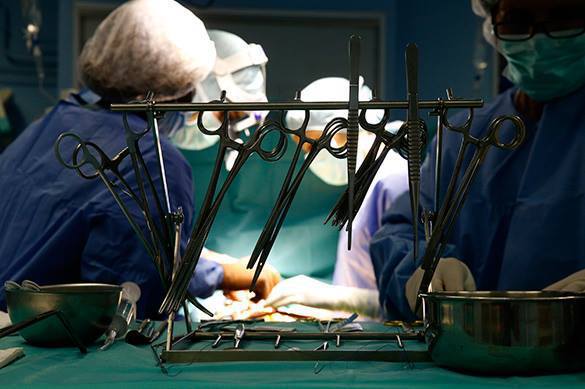 The specialists of the Research Institute of Blood Circulation Pathology in Novosibirsk have successfully operated a 48-year-old man, who had chronic aortic dissection, deteriorated aortic valve and coronary artery disease. The complex operation consisting of three sophisticated techniques at once lasted for only six hours.

The patient was brought to the hospital six weeks ago. The man was in critical condition and could die without surgery. The man's heart had several pathologies - deterioration of the aortic valve, coronary arteries and the ascending aorta.

During the operation, the doctors realized that the aortic valve had to be removed due to the degree of its deterioration. In a regular situation, the patient would have received a prosthetic aortic arch and adjacent blood vessels. The procedure would have also included the Bentall-De Bono surgery (to replace the the aortic root) and a coronary artery bypass surgery, Alexander Bogachev-Prokofiev, the head of the center of new surgical technologies of the hospital said.

However, the patient was planning to lead an active life without taking anticoagulants after surgery. The drugs are supposed to be taken after the installation of mechanical prostheses.

As a result, the severely affected aortic valve was replaced with another arterial valve of the patient that the doctors transplanted from his pulmonary artery. It took the surgeons 1.5 hours to complete this stage of the surgery, which set a record compared to other clinics.

The operation became possible owing to the extensive experience of the surgeons of the institute, who have conducted more than a thousand of such surgeries before.

The six-hour surgery of this complexity became the first in the world surgical practice. In addition to the Ross operation, the patient received a prosthetic aortic arch and a coronary bypass surgery.  Twelve days later, the man was discharged home.

The replacement of the aortic valve with the pulmonary one will let the patient avoid taking blood thinners continuously. The man will be able to do sports and lead an active way of life.

It is worthy of note that Novosibirsk scientists also developed an artificial heart - a mechanical circulatory support device.

The device created by specialists of the Research Institute of Blood Circulation Pathology named after Meshalkin is 3-5 times cheaper than foreign analogues. The use of the device lowers the risks of blood clots.

The device currently undergoes tests. In the autumn of 2016, cardiologists plan to implant the device in laboratory animals.